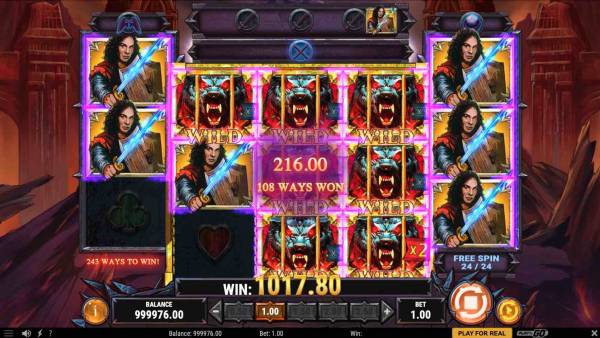 Dio – Killing The Dragon will soon join Play’n GO’s extensive collection of music slots, such as NSYNC POP, Lordi Reel Monsters, Def Leppard Hysteria, KISS Reels of Rock, Alice Cooper and The Tome of Madness, and Twisted Sister, to name a few that we have written about in our blog earlier. It bears the name and heritage of the American heavy metal band Dio alongside the legendary lead vocalist Ronnie James Dio, who, among many other things, is known for popularizing the "devil horns" hand gesture in metal culture and his medieval-themed song lyrics. We had an exclusive early preview of the game that launches at Play’n GO online casinos on the 6th of October, and here’s a quick overview of all the bells and whistles to tame the beast.

The game bears the secondary title of the band’s ninth studio album but offers a tracklist from their other albums like Holy Diver and The Last in Line. The tracks include Don’t Talk To Strangers, Evil Eyes, and We Rock. There is also a bonus track in store for players who win the bonus – Holy Diver.

This fast-tempo game features the highest-paying symbol as a Wild, a high-paying Dio symbol, three medium-paying Monster symbols, and four low-paying suit symbols. There are 243 ways to win in this game for a maximum payout of 15,000x, which puts it at a respectable top row of all other PNG music slots. To have the best shot at that amount, look out for one of the following features.