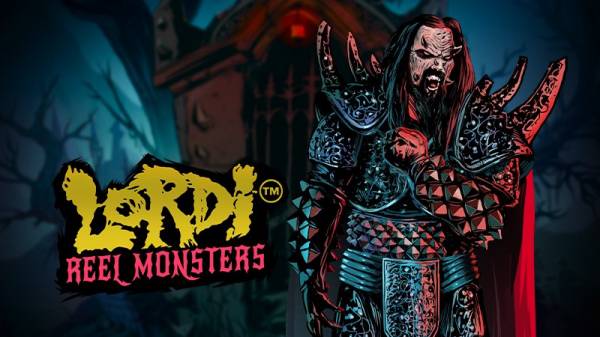 For all the “Hard Rock Hallelujah” fans and rock-loving Finns alike – the Lordi slot is here! Made by Play’n GO’s craftsmen, Lordi Reel Monsters is a highly anticipated music slot that comes hot on the heels of Def Leppard Hysteria, KISS, Snakebite, Alice Cooper, ZZ Top, House of Doom, Twisted Sister, Annihilator, Testament, Black Mamba and many other branded slots designed around world-class artists and rock bands. Lordi’s brand-new gravity slot will become available exclusively at Betsson casinos like Rizk from tomorrow, the 7th of April and across the rest of the Play’n GO casinos from the 28th of April this year. Here’s a quick overview of what to expect from the game in addition to the 4,000x maximum win potential.

Lordi Reel Monsters is a 7x7 grid slot that has the Charge Metre and Free Spins feature which will be familiar to many Play’n GO fans, including some of the aforementioned titles. Charge it with at least 15 charges and unlock 1 of 5 monster features. Here is an avid description of characters by the studio and their special powers upon unlocking:

Charge the meter fully to unlock Free Spins, where you get to pick between two bonus options which will be accompanied by new Lordi songs: Cascade Multiplier (multiplier increasing on each winning cascade) and Wild Collector (Wilds are collected and released upon a monster feature trigger).

Albeit modest in the maximum win potential, all that makes Lordi Reel Monsters a helluva entertaining slot that perfectly complements the studio’s other IP slots mentioned in our blog. Subscribe to receive updates on epic rock slots like this!