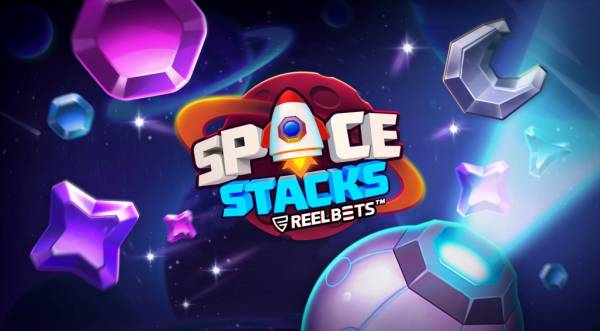 On the 26th of October, Push Gaming will release its newest slot, Space Stacks. It will have a completely new feature called Reelbets that lets players split their bet between different symbols, much like you would in a "typical" Evolution live casino game. This new and refreshing perspective on common video slot features, which was conceived in one of their company-wide brainstorming sessions, resulted in a game that is totally unique not only for the company but in the online casino space in general. While we would recommend you try it for yourself in just less than one month, here’s a brief description of all its cool space-themed features.

As the developer describes in their game brief, the Reel Bets concept came from the idea of creating a system where players could bet on specific reels to win that would return different amounts based on the type of bet placed. So, whilst playing on 10 reels and 10 rows, players are given a choice to bet on 10 different Blocks or icons. Each block has 10 rows that must be filled to win their respective multiplier. There are five coins to choose from – 0.01, 0.10, 1, 10 or 100 credits – and you can bet as much as you like on each block, independently from each other. The maximum bet per block is 100 credits.

The Instant Prize Blocks will pay out either their minimum multiplier or in combination with a bonus multiplier (randomly selected before the game begins) as follows:

The 3 Feature Blocks activate a feature and include:

While Space Stacks may be daunting at first because of its unorthodox gameplay, it’s actually relatively player friendly. It’s played with medium volatility, but the RTP changes depending on which block you bet, from as low as 96.07% to 96.39%. The aggregate RTP is 96.23%.

We hope all this makes sense, but if not, we encourage you to keep an eye on Push Gaming casinos for a chance to try this unique slot for yourself.