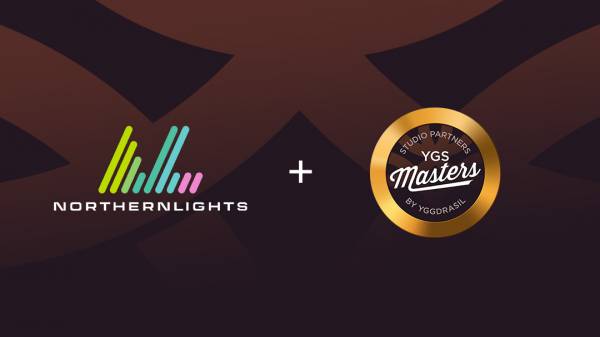 Northern Lights Gaming is an unknown developer since it was just formed in 2017. However, this Manchester and Stockholm-based company may well know the gaming business better than the majority of iGaming newcomers. That’s because it was formed by a group of industry veterans who have worked on games like Rainbow Riches (one of the most successful online video slots on the planet) and Monopoly, at companies like Barcrest and Williams Interactive (WMS). To read more about the killer team and their big brains, visit Northern Lights’ official site.

Now that they have Yggdrasil’s in-game promotional tools such as BOOST™, they are ready to officially launch their first game anytime now. This “UK-targeted” game is probably called Rocky’s Gold and you can demo-play it already on the developer’s site, featuring a healthy 96% RTP, 20 win-lines, 5 reels and 3 “mine-boggling” bonus games.

With that in mind, let’s hear from Stuart McCarthy, Head of Studio Partnerships at Yggdrasil: “Since launching YGS Masters last month, we have received many enquires and I am thrilled to announce our first partnership”.

“Northern Lights Gaming has built a team with unparalleled expertise when it comes to developing for the UK market, and we’ve been hugely impressed by what we’ve seen so far”.

“We are certain YGS Masters will help take Northern Lights’ content to the next level, and we are excited to share the games with customers in the coming months”.

On how excited they are to team up with a leading Scandinavian company and a member of the Kindred family, commented Andrew Goodale, CEO of Northern Lights Gaming: “As we are finishing off our first games and preparing to show them to the world, we are extremely proud to be the first external game developer to gain access to Yggdrasil’s innovative platform”.

“We look forward to building a close working relationship with Yggdrasil and making the most of the powerful tools they have developed. These are exciting times for Northern Lights Gaming”.

That said, that’s some really exciting news for the players, especially fans of WMS and Barcrest (think Raging Rhino, Wizard of Oz and more). So, give the new slot a try and keep your finger on the pulse as it’ll soon be available for real money play at select Yggdrasil casinos!