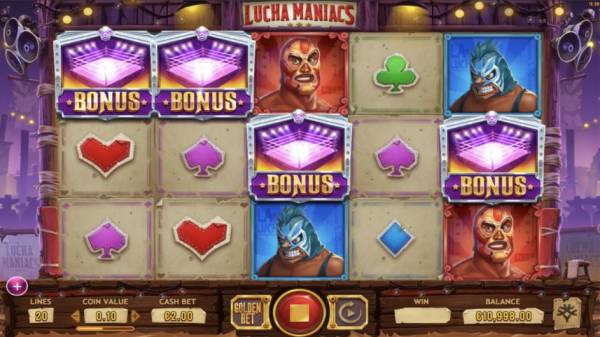 NetEnt and Yggdrasil, two leading iGaming studios, have just published their new video slots. Along with that, we’ll also take a look at some of the upcoming releases based on the newly-announced trailers. Ready? – Let’s begin with the two games that just rolled out from the two game developers and what to expect at the beginning of this summer.

NetEnt has just released their first 100-line slot ever, which is hard to believe considering the experience and company’s long history. It’s one of their original titles and it’s called Archangels: Salvation. The theme is a battle between Good and Evil, heaven and hell, and given the intense focus on 3D animation, it’s easy to confuse it for a Betsoft slot. We covered the game in more detail in our previous post, so you can refer to that for more highlights or give it a shot at one of the featured NetEnt casinos.

Today, NetEnt also uploaded video teasers of another two, upcoming slots, which are a completely different league but have been around for quite some time. This includes the previously Leo Vegas-exclusive Witchcraft Academy which is played with 5 reels, 4 rows and plentiful of special Bonus Elements that include Wilds, Multipliers and Free Spins. The game is scheduled for launch on 11th June this year.

The other upcoming NetEnt game is called Bollywood Story and this one looks quite retro because it’s been available on ComeOn casino since 2015. As the exclusivity is running out, the game is scheduled for launch across mainstream NetEnt casinos on 14th June. In addition to its 90,000-coin jackpot, the video slot also plays with Free Spins and Floating Wilds.

Speaking of future NetEnt slots, let’s not forget that two completely new and highly anticipated games, Lost Relics (24th May) and Jumanji (21st June), are just around the corner as well.

On Yggdrasil’s end we have a new game called Lucha Maniacs, which is themed on wrestlers like we’ve seen from Thunderkick’s Luchadora slot. However, the quality of the visual and sound effects of this game is on a whole new level, especially if you play it on a big screen. Engaging bonus features that can also be re-triggered and unlock more features, as well as special but optional Golden Bets which add +1 free spins to the feature and a second chance feature, all make this one a must-try this season. For where to play Lucha Maniacs, refer to our full list of Yggdrasil casinos.

So, have you tried them out yet? Which one’s your favourite? Feel free to share your thoughts in the comments below.