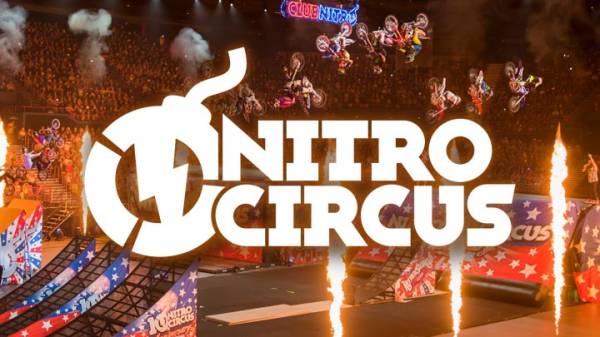 Yggdrasil, a Scandinavian Playtech-owned games developer, continues to roll out new features, expand into new markets and release exciting new games. Yesterday, however, was the very first time the studio announced that it’s going to launch a branded game. And with new regulated markets on the horizon, like Denmark, Italy, Spain and Latvia, it’s again very exciting times for slots fans around the globe.

Yggdrasil started the month off with a Q1 2018 presentation, highlighting a year-to-year increase of revenue for the period of 73%. And what’s a better way to also rack up those fan points than to launch their first-ever branded online slot game in partnership with Nitro Circus.

Nitro Circus is “the world’s biggest action sports entertainment brand led by its co-founder, the legendary action sports athlete, motorsports competitor and stunt daredevil Travis Pastrana.” And although the features remain a secret for now, as to be expected, this new game will also be sports-themed.

The Nitro Circus slot launch date is implied for it’s going to coincide with the show’s You Got This tour, which will also come to Europe later this year, between 20th November and 9th December.

Here’s a word from Yggdrasil Gaming CEO Fredrik Elmqvist: “Yggdrasil would not take the leap into the branded games space without the perfect partner, and we’ve found just that with Nitro Circus.”

“Travis and Nitro Circus have a reputation for revolutionising their field; you only need to attend a show or watch their original content to see they are unparalleled in their excellence.”

“This slot will introduce Nitro Circus fans to the thrills of online casino, and similarly bring the high-octane action of the arena to casino players. It will be a fantastic way for operators to acquire new customers.”

Speaking of European countries, players in Denmark, Italy, Spain and Latvia have a good chance of getting their hands on this fancy new extreme sports title when it comes out thanks to Yggdrasil’s latest partnership boost with the Betsson group. In fact, Italian players can already play the games at Betsson’s starcasino.it.

Here’s what’s behind the deal according to Fredrik Elmqvist: “Given the increased scale of both businesses now operating across multiple jurisdictions, it made sense for us to update our partnership into something more comprehensive. This framework will ensure that the deep, strategic partnership between Yggdrasil and Betsson continues to flourish.”

That said, it’s still a long wait until the new Nitro game, but with the developer’s new releases like Lucha Maniacs and Vikings Go To Hell, time should fly by fast enough. See all our featured Yggdrasil casinos here for where to play for free or real money.