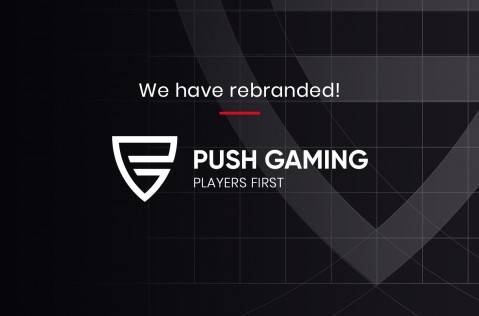 Push Gaming, which is known for games like Razor Shark, Fat Rabbit, Jammin’ Jars and many more popular online slots, has been rebranded as the company’s been transforming from a games studio into a full-service B2B gaming supplier. This will give them full control and flexibility over the technology, platform functionality, game design and games delivery schedule, while also promising feature innovations and in-game mechanics for its operator partners.

All of this is possible for Push Gaming’s acquisition of Game Server Integrations (GSI) that was publicised a few weeks ago. Paul Beattie and Paul Evison, Co-Founder’s of GSI, commented: “The acquisition of GSI is the perfect way for Push Gaming to take its delivery to the next level and take on the big suppliers. By combining the two teams we will be able to improve all aspects of our business, from game creation and design to distribution and operator relationships. It’s an exciting time for us, and we’re looking forward to a record-breaking year ahead”

In the process, Push Gaming’s proprietary platform was awarded a Game Host license in the United Kingdom and a B2B licence in Malta. In addition, the studio also partnered with BMM Test Labs, with the platform and game content already certified in accordance with the technical requirements of the UKGC and MGA. Their games are also approved in Sweden, Denmark, Latvia and Estonia. According to a report, the company also supports operations in Gibraltar, Alderney and Isle of Man.

Mario Petraglia, Director of Legal and Compliance at Push Gaming, commented on that, “We are delighted to see our efforts recognised by two of the leading authorities in the online gambling industry. We’ve managed to set up a bespoke operational tool-kit to support our award-winning gaming content in record time, propelling us from boutique game developer to the ranks of full-service supplier. Compliance is at the core of Push Gaming’s operations and we take great pride in spearheading the development of responsible gaming products in the industry. We look forward to bringing further innovation across all regulated markets in Europe and beyond.”

This opens up a new chapter in Push Gaming’s journey over the past decade, which according to the CEO, started from humble beginnings as a bootstrap start-up. “In line with this transition,” James Marshall said, “we’ve taken the decision to upgrade our brand identity to reflect our values as a Players First game supplier."

That said, there are 8 new games coming up in 2020, which you’ll find at these casinos.