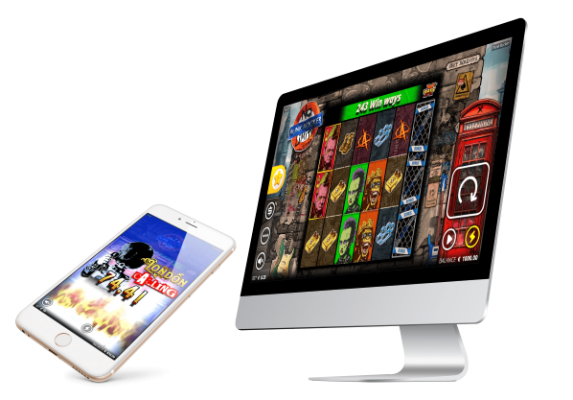 Nolimit City, a Malta-Stockholm-India based online casino platform and game developer, just made what turned out to be one of the most successful slot releases this year: Punk Rocker! Their registered trademarked mechanic xWays® and a chance to win over 15,000x total bet at a high volatility was an instant success among online slot players and streamers. Punk Rocker xWays® has been available on all Nolimit City casinos for crypto or fiat money play, from February 12th, 2020.

With up to 46,656 win ways across a 6x6 reel, the Punk Rocker video slot is no ordinary game. The xWays mechanic triggers 243 ways to win by default, with the possibility of activating more ways thanks to the unique expanding Mystery Symbols. These can expand to become 4-high or get boosted to grow all the way up to 10-, 15- or 20-high!

Molotov Wilds happen to be quite unique in this iconic mid-70’s London-Punk Era themed slot too. Upon appearance, each one will turn all positions above to Wilds. They also have a special place in the base game re-spin bonus called Riot Respin, where upon landing 2 Scatters these bonus symbols turn into Molotov Wilds and lock for a re-spin. At the same time, the game unlocks an extra reel for 729 ways to win!

The best part of the game are the two Free Spin bonuses: Anarchy and Civil War. These feature Jumping Wilds and Enhancers that trigger anything from extra spins to Wild Multipliers and up to guaranteed 46,656 ways to win. All the while the RTPs are improved from 96.01% in the base game to 96.54% and 96.44%, respectively.

In addition to that and a brand-new mobile-friendly Bet Panel face-lift, the game also comes with the studio’s new promotional tools, including the possibility of buying in-game features for 80x or 238x your bet, depending on the free spins bonus (not available in the UK). The tools also allow access to global game results across a network of Nolimit games and more engaging player tools that were presented earlier at the ICE Totally Gaming conference in London.

Per Lindheimer, Product Owner at Nolimit City, said in a press release: “We hope to make games that stick out and want to get noticed for our innovative game design – this game brings this to the extreme, especially with its rowdy graphical approach that is loud and extremely up-tempo. Make sure to try out the Nolimit Bonus tool – a feature buy shortcut for you who doesn’t want to earn the Freespins through the regular grind."

Malcolm Mizzi, Commercial Director at Nolimit City, added: “This year will be an extremely special one for us. We’ve worked tirelessly to stand out and develop state-of-the-art games and constant releases, but now it’s time for us to evolve into the next phase and prove that we’re not just about great games. The promo tool interface will house some of the industry’s most alluring player engagement tools."

That said, if you still haven’t tried the Punk Rocker slot then we recommend that you give it a shot if you’re looking for something with higher risk/reward ratio. For your convenience, we’ve listed all Nolimit City casinos with reviews and ratings on this page.