Microgaming provides amazing features in the month of October

Posted by Samuel Karugu on Wednesday, 14 October 2015 in News 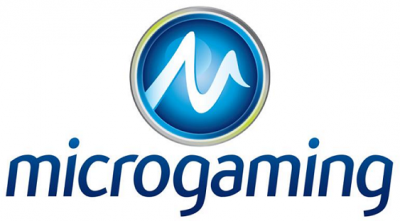 Microgaming Company has been on the front line in the releasing of magical and enticing games since it was founded. Every month, the firm incorporates new titles to its royal clients. This month of October, Microgaming has promised to stun the world with a double slot production. The Titans of the Sun Theia and the Titans of the Sun Hyperion are two major titles that clients will enjoy. The two games are epic themed and revolves around Greek gods of the gaming arena.

The two games come with 5x3 reels accompanied by a 15 payline.  They have with them appealing visual with outstanding graphics with audible audios that brings in the ancient theme and world. The two come along with enticing features among them the screen feature of mystery symbols. The mystery feature heats the reels up to produce blazing outcomes. There are scatter symbols too in which having over three on the reels will automatically a total of 15 free spins which will be accompanied by 2x multiplier. This happens while playing the Titans of the Sun Theia.

Both the Titans of the Sun Hyperion and Titans of the Sun Theia were initiated by Microgaming on the 7th day of October and were made available in flash or in download platforms. Yet, a new incorporation in the gaming arena is the Scary Friends. This new game is accessible on the Quickfire but is very fresh to Microgaming operators. This slot game has five reels that come hand in hand with a 25 payline and incorporates amusing downy celestial monsters.

Furthermore, Microgaming also claimed to launch another slot by the title Golden Era. This game comes with 5 reels and 15 payline. It accords a player with amazing features which can multiply one’s wins to more than 106,000.00 credits.

According to the Head of Casino Games at Microgaming Mike Hebden, the month of October would be branded as a dual month as a result of the double Titans of the Sun titles that the firm has released. He added that the two games have male and female characters and comes with amusing demographics. The two games are deemed to grow fame among clients for their outstanding feature and design.