Posted by Samuel Karugu on Saturday, 24 October 2015 in News 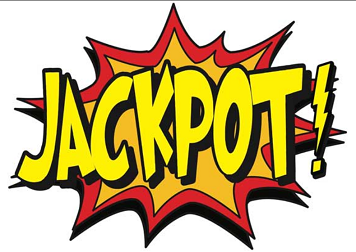 It is said every dog has its day. Betting has for long been making several people millionaires. Little stakes may get an accumulator worth huge sums of money. One doesn’t have to stake big in order to win big. The trick in betting is having a substantial accumulator that one is assured of adequate returns. On the other hand, a bettor should stake what he or she is willing to lose. One should not consider doing something stupid for losing a bet.

At the same time, betting has no boundaries. Anyone as long as he or she is over the age of majority has a right to indulge in betting. It doesn’t also segregate various professionals. No matter what you do for a living should not be a hindrance in betting. This is the case that befell one British soldier.

Jon Heywood who serves in the defense forces of Britain had his day downed by glorious luck after he was overturned to a multi-millionaire after he indulge in a bet of 25p. The 26 year old who has toured Afghanistan on a mission several times found his luck in an online casino. He however did not quit his job and kept this for three days leave alone reporting for his duties the following day.

He claimed that the winning news hit him like an asteroid and could not believe what had just transpired. He added that he would spend much of his winnings for medical purposes after he revealed that his father was waiting for lung as well as heart transplant.

This win has gone into record books as the highest payout from an online slot machine which surpasses the 17,861,813 Euros paid by a Finland in 2013.

Jon claimed that he was not yet sure on how to spend his cash after paying for his dad’s bills. He claimed that he would not risk being carried away by this amazing win. He added that all his life he had wished to have a Bentley Continental GT. He currently drives a Fiat Punto. He will use the rest of the cash in paying for a Mediterranean cruise for his entire family.