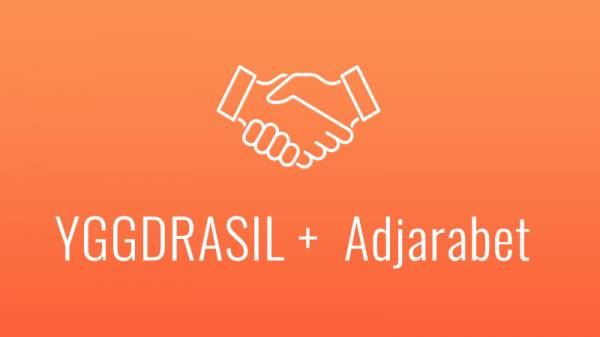 Any Georgian players reading? Yggdrasil Gaming, the Cherry-owned fast-growing iGaming brand, has just announced that they have formed a partnership with Georgia’s largest online operator, Adjarabet.

It’s the second market expansion within the two months following the successful integration with GVC Holdings’ Italian Gioco Digitale Casino. Ultimately, it’s also the first time Georgian players get access to some of the finest and most popular online casino games in their regulated jurisdiction, from this provider.

With the new deal, the operator and its members will already find the many video slots on the site’s Slots page. This includes the entire portfolio of older and newer hits like the progressive Holmes and the Stolen Diamonds, Vikings Go Berzerk, Sunny Shores, Golden Fish Tank, and the most recent release Spiña Colada.

Built on Yggdrasil’s latest iSENSE 2.0+ HTML5 client framework, which lets you make in-game deposits on mobile, players can also look forward to various competitions for the developer’s many in-game promotional tools, such BOOST™, including BRAG and Missions, provided to Adjarabet. In fact, they already have one that you can take part in with a massive €35,000 prize pool involving their recent title Sunny Shores.

All of these and many more video slots are available for real money play among other third-party content from studios such as Igrosoft, EGT, Amatic, NYX Group, NextGen Gaming, Aristocrat, Amaya, Playson, Microgaming, Booming Games, and NetEnt.

That being said, here’s what Fredrik Elmqvist, CEO at Yggdrasil Gaming, had to say about all this: “This is a significant moment in Yggdrasil’s growth, with our first entry into the fast-growing Georgian market.”

He added: “Georgia is an exciting market where Yggdrasil sees strong growth potential, so we are thrilled to have partnered with such a successful operator. Adjarabet has a dedicated and passionate customer base, and I’m sure its customers will enjoy Yggdrasil’s range of world-class titles.”

Tom Hutchinson, Head of Casino at Adjarabet, also commented: “Yggdrasil’s premium games will considerably bolster our offering, and I expect our players to appreciate the increased variety and quality of games on offer.”

“We are particularly excited to make use of Yggdrasil’s range of in-game promotional tools, which have never before been deployed in Georgia.”

“We aim to maintain our position as the leading online operator in Georgia, and agreements such as this one ensure we continue to build and raise the industry standard.”

With that in mind, what do you think about Yggdrasil’s new content? Leave your comments below.