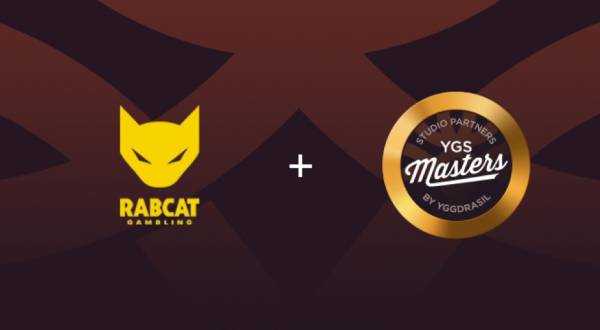 Yggdrasil, one of the fastest-growing iGaming developers (under the Cherry umbrella), is proud to announce their second Yggdrasil Game Server (YGS) Masters programme member: an independent gaming studio Rabcat. Therefore, players can look forward to exciting new releases and related campaigns with a mix of the developer’s unique promotional tools.

Yggdrasil Game Server (YGS) Masters, an invite-only and semi-open programme was announced in March this year with an aim to create one of the best game aggregation platforms with content from the world’s leading independent games studios. And all that while also giving developers access to their full suite of marketing tools like BOOST for bespoke campaigns for use across Yggdrasil’s 40+ operators in regulated territories. Not only that, but Rabcat and others will also be able to develop their own versions of the tools within their game client.

Known for blockbusting and eye-pleasing titles like Castle Builder II, Dragon´s Myth and Moby Dick, Rabcat has kept a low profile since 2001. Much of its popularity to date is due to being featured on Microgaming’s Quickfire platform.

CEO at Rabcat, Thomas Schleischitz, tells why the Vienna-based developer decided to join the club: “We are delighted to join the YGS Masters programme. We aim to produce the highest quality, most innovative games on the market, and for that to be recognized by Yggdrasil – themselves a leader in casino innovation – really validates our approach.”

“As an initiative, YGS Masters gives us the opportunity to utilize Yggdrasil’s fantastic infrastructure and platform capabilities, including BOOST®, to really push us, our games and our business to the next level.”

That said, Rabcat plans to release a series of brand-new titles across Yggdrasil’s operator network sometime in the future as the second member of the programme after a UK-targeted slots developer Northern Lights, which you can read all about here. See our list of all Yggdrasil-powered casinos to get an idea where to play them on the launch date.

“They are recognized market leaders with a fantastic reputation for delivering beautifully realized, highly innovative and entertaining slot games with the highest production values.”

“We look forward to building a long-term relationship with Rabcat, as we continue to open our platform to a select band of world-class games developers.”

To learn more about YGS Masters Programme, head to the official site at Ygsmasters.com.