NetEnt Brings Back a Trio of Classics in HTML5 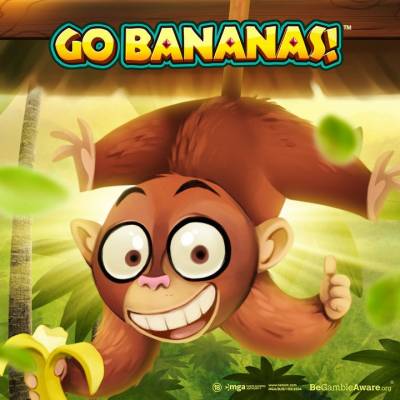 NetEnt has been creating world-class casino games for over a decade. Naturally, some of them are being discontinued and some, as is the case with the few beloved good oldies, being reworked from Flash into HTML5, making them cross-platform compatible. Some of those classics that NetEnt is pleased to re-launch include Casino Hold’em™, Mega Joker™, and Go Bananas™!

Set in a tree house in the tropical jungle, Go Bananas™ is a 5-reel and 20-line slot originally released back in 2014. The secret to its success is the 5 different Wild Monkey symbols which active all sorts of Wild combos. Otherwise simple game without a second-screen bonus is jam-packed with frequent wins thanks to the low/medium volatility. Nevertheless, the few persistent and lucky players are bound to see wins of up to 140,000 coins! Fans and casual players alike are bound to enjoy the familiar game on their shiny phones which was largely limited due to Flash before.

Mega Joker™ is another true retro game from NetEnt which first appeared back in 2011. Boasting high RTP of 99%, this 2x3-reel, 5-line fruit machine actually has a progressive jackpot! The grand prize is awarded randomly during basic mode. As you may remember, the game had two reels: the one at the top can only be unlocked in the supermeter mode. Any base game win will unlock it for a chance to win bigger payouts, including mystery wins that pay 100-2,000x!

Last but not least, the RNG-powered Casino Hold’em™ by NetEnt is also coming to HTML5. This classic table game is played with bets ranging from 1-100 credits, including the AA bonus bet which pays 25 to 1 for Flush or Higher, and 7 to 1 for Pair of Aces to Straight. Dealer qualifies on a pair of 4s or better.

Relaunching their old RNG table game is an interesting move by the developer as other studios like Microgaming and Yggdrasil are revamping similar offerings from the ground up. Nevertheless, it’s a very much welcomed change for mobile play and a valid alternative to the popular live casino.

You’ll be able to find all three games very soon at most of our featured NetEnt casinos, in addition to other great latest releases like Narcos and Dead or Alive II!