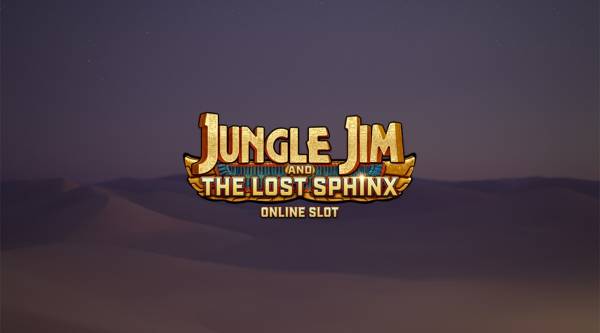 Microgaming is in a groove and rolling out more new games! Following the launch of a successful branded video slot Village People® Macho Moves, the company’s other independent game builder and partner studio, Rabcat, has just released Sherlock of London™, whereas fans are also in for another treat thanks to the big launch of Jungle Jim and the Lost Sphinx later this year.

Made by the creators of Castle Builder II™ and Crystal Rift, Rabcat has developed another masterpiece of a video slot with 25 pay-lines and 5 reels: Sherlock of London. The legendary sleuth Sherlock Holmes and his trusty companion Dr. Watson are at it again in the mystic smog of old London which the developers have truly brought to life with rich visuals.

The thrilling new game features all kinds of bonuses, including connecting wilds, double wins and bonus spins in the base game. However, the real investigation and the hunt for big treasures begins in the Free Spins triggered by three or more Scatters. Better yet, each bonus spin transforms Holmes and Watson into an expanding or extra wild, while also making it possible to retrigger the feature for another 10 free spins.

Thomas Schleischitz, CEO of Rabcat, commented: “We are delighted to bring Sherlock of London™ to Microgaming’s award-winning portfolio. Our team have had a brilliant time pulling together the murky, fog-filled world of criminal rogues and sleuthing geniuses, and we are confident that players will have as much fun exploring the game as we’ve had creating it.”

On another note, Microgaming has just unveiled another hotly-anticipated new game at the annual iGaming event in Amsterdam: Jungle Jim and the Lost Sphinx. It’s made by their successful studio Stormcraft that’s behind titles like Fortunium, Agent Jane Blonde Returns and Dragon Shard and it’s a sequel to Jungle Jim El Dorado which came out in 2016.

This time the action will be taking place in Egypt and will feature 50 pay-lines with a 5x5 reel. That will be coupled with the popular Rolling Reels™ feature like the first game and earlier successful releases like Playboy. Prepare to embark on a new epic adventure later this November!

Jean-Luc Ferriere, Chief Commercial Officer at Microgaming said: “Given the success and popularity of Jungle Jim El Dorado, we are really looking forward to teasing the iconic character's next outing, this week at iGBLive! The new game includes outstanding artwork and entertaining mechanics, including the popular Rolling Reels™ feature, and Stormcraft Studios have set a new benchmark in visual storytelling in our industry.”

For Microgaming casino bonuses and reviews, see our dedicated page with all featured sites and player ratings.