Posted by FreeExtraChips on Wednesday, 28 June 2017 in News 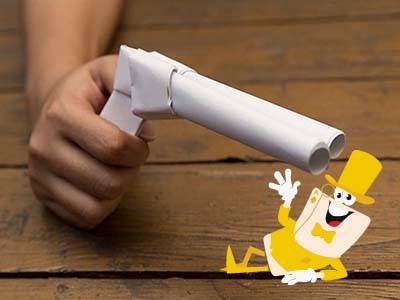 Having published more than enough evidences in an exhaustive article (read the full story here) about the "fake nature" of casino games (all) at Burnbet Casino, LCB's staff (LatestCasinoBonuses) has been overwhelmed by insults and death threats both via email and social channels. At this point, who writes has really seen everything in this industry... Something similar happened to us in another "investigation" on other brands about ripped off slots (do you remember?), but this is another story.

Burnbet Casino is a (fake) brand that seems to belong (as reported in the footer of the site) to a "company" under the name of Yucatan Gaming N.V. based in Curacao and head office in United Kingdom (Yukatan Ltd, B1 Business Centre, Suite 206, Davyfield Road, Blackburn, Lancashire, England, BB1 2QY).

We also went to test the goodness of the work done by LCB guys but we gave up after 5 minutes ... every single one, and I say all, BurnBet games are pirated, fake, ripped-off. We won't stress you with proofs, screenshots and tests. For this, just check the link above to the LCB site. Rather, let's go to see the "scary" and "funny" part of the whole story...

The "scary" part of the story

As you can perceive from the title of the post, LCB staff has received, besides insults and "sweet" words, even death threats. And what kind of threats! To date, LCB's guys are hunted by the Slovenian and Italian Mafia. Do you think I'm joking? Just look what they wrote in a message (screenshot courtesy of LCB): 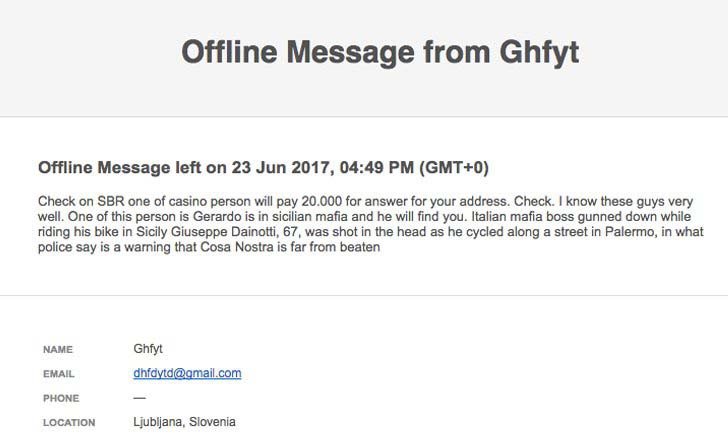 You can find the threats in this article from LCB. And this is the "scary" part.

The "funny" part of the story

Just a quick sentence: everything about them is fake, their threats too. When I read the message in the screenshot above, I suddenly remembered that I was reading similar "phrases" in a TheGuardian's article, published on May 22, 2017. Take a look at it here.

Now, simply compare the title of the article with a sentence of the message received by LCB:

Honestly, we don't know whether to laugh or cry. It is to be said, however, that they are good at "copy&paste"...

This does not detract that what has been done to LCB guys is pure madness. Threatening to death someone is a serious offense and is completely unacceptable, especially if the threater is on the wrong side. Stay away from Burnbet Casino. Steer clear! You're warned.