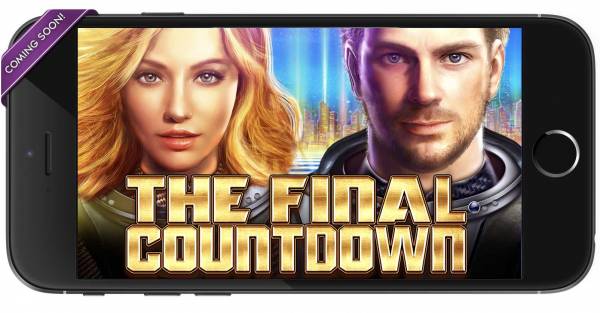 If you have a tune playing in your head and that melody is by a Swedish rock band Europe that took the world by storm in the 80s, then good news: slots developer Relax Gaming has included this music masterpiece as the theme song in Big Time Gaming’s new Megaways game! So, before you leave for Venus, let’s head for a quick review of what The Final Countdown slot is all about.

The video slot is scheduled for launch at online casinos around the world which are powered by Relax Gaming or Scientific Games on the 14th March. The game will feature “an entirely new volatility feature” for out-of-this-world payouts, which have made this franchise so popular in the first place.

Other than the fact that The Final Countdown slot will feature tens of thousands of pay-lines, it’ll also come with Cloning Reels and massive Wilds that will appear randomly. The Cloning Reels can also lead the way to Scatters, which you only need in multiples of three to trigger a choice bonus.

The choice bonus offers two types of features: The Countdown or Heading for Venus. If you go for the first one, you’ll get 8 Free Spins, Roaming Wilds and Sticky Wilds with a multiplier of up to x256! Besides, in this feature, you can also level up for up to three levels, and with it also increase the volatility.

In the Venus feature, on the other hand, you’ll scoop 15 Free Spins that will be boosted with 4x4 Velocity Wilds that have a multiplier of up to x888! The volatility will change depending on which bonus you go for, but judging by the astronomical numbers, it won’t get much kinder still. Other game features include a Cliff Hanging feature where the last spin can always lead to a full retrigger.

Nik Robinson, CEO of Big Time Gaming, added: “The Final Countdown is going to be a big one. It’s going to punch a hole in the sky as players launch towards planet big win with those iconic keyboard notes blasting away in the background.”

“The Big Time Gaming team has done a phenomenal job with this slot and it really is truly remarkable. The strength of the tune combined with the incredible math and state of the art mechanics has resulted in a slot that is out of this world.”

That said, stay tuned for The Final Countdown slot release at one of our top featured online casinos on the 14th March 2019!