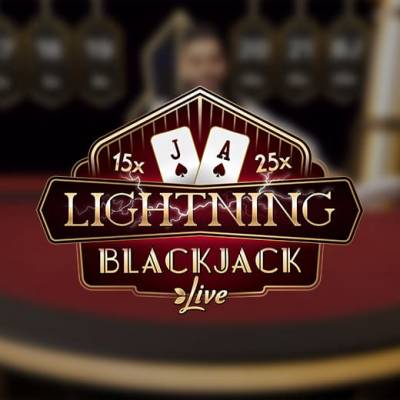 Following Evolution’s record-breaking interim financial results, the leading live casino games provider is heading strong into the winter season with the release of another high-voltage live game: Lightning Blackjack. The release comes on the heels of their fresh Golden Wealth Baccarat and promises to be a hit among the fans and online casino players alike.

Lightning Blackjack is the fourth game in the series, following the huge success of Lightning Roulette, Lightning Baccarat and Lightning Dice that were released during the period 2018—2020. This new card game with a live croupier is played like a normal blackjack with eight decks of 52 playing cards. The dealer will peek for blackjack and stand on all 17’s. There are no side bets. Pair splits and double-downs are allowed. Bets range from 1—10,000 credits per hand.

Similarly, to Playtech’s Quantum Blackjack, which came out in late 2019, this game introduces an RNG element that guarantees lightning multipliers on six different hand values: 4-17, 18, 19, 20, 21 and Blackjack. These multipliers, 2x, 3x, 4x, 5x, 6x, 8x, 12x and 25x, will be claimed only by players who win two hands in a row. To participate, players must count in a special fee that is equal to their initial bet. There is no way of playing Lightning Blackjack without this type of side bet.

The aim of the game is to beat the dealer by getting closer to the value of 21, in which case the player could win 1:1 or 3:2 if it’s a blackjack. Insurance pays 2:1 but loses the lightning fee as a result. When a hand is won, the Lightning Multiplier is then carried over to the second round. Note that the multiplier will pay the bet amount up to the value of the lightning fee from the last/original round. As a result, increasing your second-hand’s bet will not affect the total reward possible with the multiplier.

Note that the multiplier can be stored for later use should you decide to quit the game and continue later. You will need it to be over 3x to make a profit on two regular winning hands. If the dealer wins, you will lose the multiplier as well as the fee and the bet. A push will pay back the main bet but discount the lightning fee, thus leaving the player worse off than before. The RTP, however, is not much different from a traditional blackjack game, coming in at 99.56%.

And that’s a brief description of Evolution’s new blackjack live game. You will find it with Fan Tan, Cash or Crash and other new live games at select Evolution casinos today.