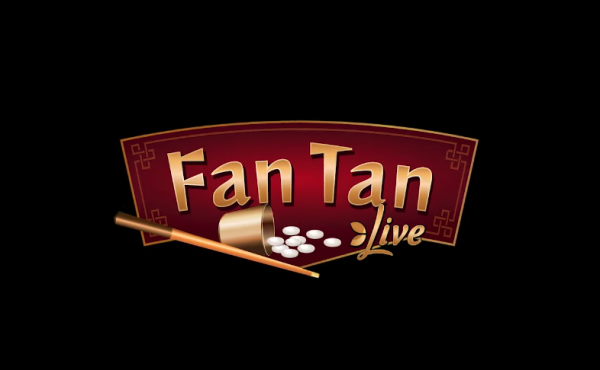 Evolution is known to positively surprise with innovative live casino table games. Fan Tan is their next attempt at that, featuring a popular Ancient Asian game that is played with beads. Set in a beautiful Asian setting like their Baccarat, Super Sic Bo or Dragon Tiger, this game of chance is easy to play and until now has been a rare find at online casinos. Simply put, all that players have to do is predict the number of beads that will remain in the final line of beads. Will it be 1, 2, 3 or 4?

The game starts with all the ceramic beads covered with a glass dome on a red table known as Tan ching. The host will then cover a portion of their choosing with a golden selection cup called Tan Koi. The host will then spread out the selected beads on the table using a special selection stick, Tan pong, in groups of four. The final line of beads is what counts and what players are betting on, always leaving a row of 1, 2, 3 or 4.

The more advanced interface allows for more betting opportunities on the betting grid. The more complicated bets include twelve Nim bets, which mean players bet on two numbers, one for the hedging purposes which counts as a push if the first one doesn’t win. The Nim bet pays 1.90:1. Fan Tan players with this mode switched on can also choose between four Kwok bets, which also include two numbers but pays 0.95:1. Finally, there are three Ssh (Sheh-sam-hong) bets, which include three numbers and this bet pays the least which is 0.316667:1.

One game round takes approximately a couple of minutes. Both statistics and scoreboards are also available at all times should you wish to play with historic results in mind. Depending on your bets, the RTP of the game will be between 96.25% and 98.75%, including a 5% commission on all bets.

Evolution Fan Tan is already available at select Evolution casinos, accepting bets from 0.20 to 1,000 per round. Try it out for yourself or see the official video teaser. Other highly anticipated Evolution live table games for this year include Lightning Blackjack, Bac Bo, Golden Wealth Baccarat, and Cash or Crash.