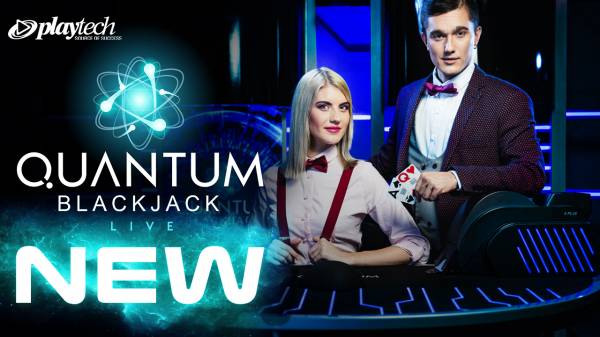 Following Playtech’s partnership with GVC, one of the leading iGaming companies has gone an extra step further for a powerful year’s end by announcing the industry’s first Live Slots game Buffalo Blitz, and a Quantum Blackjack table to boot. Both games are available for real money play today across casinos like Betfred. Here’s a little bit about the games.

Live Slots is the first live (multiplayer) game to feature “community spins”, which means that all participating players are playing a single game together. Just like live streams on YouTube, Playtech’s live stream also has a host who’s commenting and launching bonuses, if any. In the case of their first chosen game, Buffalo Blitz (by Playtech), there is a Free Spins feature, which has recorded its biggest win of 2,880x the total bet on 3rd December.

To join in on any Live Slots game, players are asked to do pretty much the same they would during regular Autoplay: choose their bet per spin, the number of spins, loss limit and single win limit. You can also choose to stop playing after a feature ends.

In addition to that, Playtech is excited to announce a follow-up to their successful Quantum Roulette, called Quantum Blackjack. It’s the industry’s first multiplier-based Blackjack game based on a classic eight-deck blackjack.

The twist of the Quantum Blackjack comes in the form of Quantum Multipliers that are added randomly by a computer RNG to cards at x3, x5 or x10. If you beat the dealer with 3 multiplier cards, they’ll boost your main payout to up to 1,000x! The reason why Playtech can afford that is because there’s an extra rule which says that that the player hand will push when dealer busts with 3 cards.

Kevin Kilminster, Head of Innovation for Live Casino, Playtech, comments: “2019 has been a remarkable year for the Playtech Live team, with a stronger focus than ever on experience-led innovation. Live Slots is a genuinely new concept within the industry, delivering an engaging new style of gameplay for players and creating an exciting cross-sell opportunity for operators. The popularity of live play streaming via social media demonstrates a player demand for an interactive feel – the experience you would enjoy when playing alongside others in a land-based casino. Live Slots recreates that feeling with a unique style of gameplay.”

“Quantum Roulette has been one of Playtech Live’s biggest launches of the year, thanks to both its immersive visual atmosphere and the unique multiplier win concept. We’re confident that, as the first-to-market multiplier-based Blackjack game, Quantum Blackjack will prove equally popular and set the tone for future Quantum Releases. With more than 20 additional Live variants also launched this year, including American Roulette, Dragon Jackpot Baccarat, All Bets Blackjack and Casino Stud Poker to name but a few, everyone at Playtech is already looking forward to raising the bar even further in 2020”.