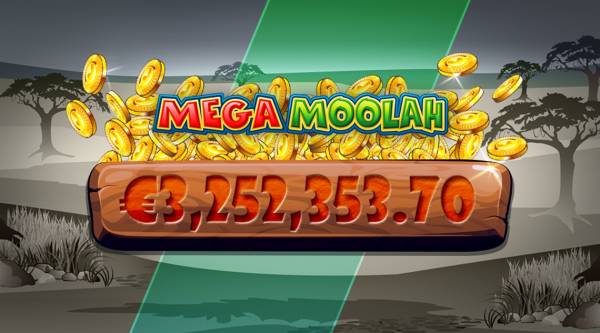 Microgaming and Mega Moolah are at it again. If history is any guide then one the industry’s most coveted progressive jackpots, the Mega Jackpot, is about to make one helluva Christmas gift or New Year's Eve surprise as it approaches another tipping point in its 13-year history.

Earlier this month the iGaming company made the headlines with its 11th millionaire of 2019, who triggered a staggering €3,252,353.70 (£2,772,916.45) jackpot at Genesis Casino last month, on 8 November. We don't know much about the anonymous UK player other than the fact that they won the grand prize with a €7.25 (£6.25) bet. For those who don’t know: the higher you bet in the Mega Moolah slot, the better the chances at the bonus game where one of the four local and non-local jackpots are to be won for certain.

This year alone, Microgaming’s progressive jackpot network has paid out over €121 million across more than 1.7 million jackpots. This includes the 11 lucky millionaires, who took home over €50 million in winnings, and 570 players who triggered €10,000 or more. This also includes the very lucky winner from Canada in January of this year, who won over CAD 20 million or about €13.3 million.

Chief Operating Officer at Microgaming, Andrew Clucas, commented on the most recent event: “Congratulations to Genesis Casino and the lucky winner on this truly life-changing win. Mega Moolah has once again delivered an amazing payout. Our industry-leading progressive jackpot network has now paid out €1.1 billion and continues to lead the way, offering players thrilling and rewarding gameplay experiences.”

That being said, the average Mega Jackpot win for the year is roughly €4 million, which the Mega Moolah and Mega Moolah Isis have proudly surpassed yet again! This means the probability of anyone winning the 7-digit jackpot is significantly higher than normally. So if you want to put your Lady Luck to the test one more time this year then it's about time to check our curated list of Microgaming casinos and choose your next casino venue!

For those who are bored with Mega Moolah news, then Microgaming had earlier announcer their 10th independent game studio, Alchemy Gaming, to produce even craziest jackpots, starting at a whopping €2 million baseline for the Mega WowPot progressive! Stay tuned as they release their very first game with awesome bonuses and features called Wheel of Wishes, in Q1 2020.