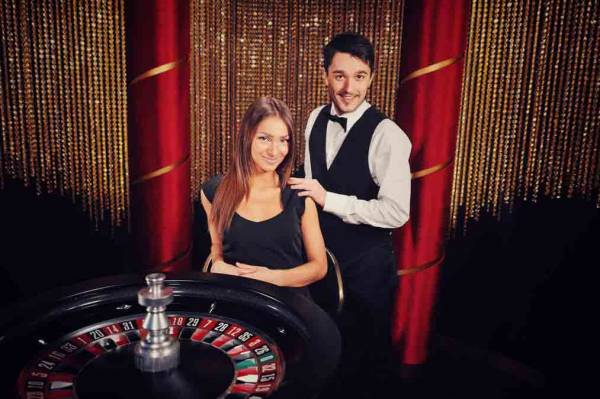 As live casino becomes more widespread and major companies like Playtech are launching new and bigger studios, the time has come to release the world’s fastest online live roulette game. It was just unveiled by the leader in live gaming, Evolution Gaming, and is called simply Speed Roulette.

With the new announcement, the company continues to dominate the ever-growing niche and further demonstrates its position as a true innovator. Having launched the progressive version of Live Caribbean Stud Poker next to the one and only Dream Cather Lucky Wheel earlier in February, the new mega-fast version of their classic Live Roulette seems to be a perfect fit with the immense portfolio, especially for gaming on the move.

Having made the important mobile transition back in 2013, the brand-new Speed Roulette can be played on desktop, as well as tablet and smartphone, in portrait and landscape. You’ll only have 25 seconds from spin to spin, as betting takes place only during the spin, without any gaps in between. Thanks to the video-based winning number recognition, it makes it at least twice as fast as Evolution’s standard Live Roulette or Immersive Roulette. To put the numbers into perspective, that’s around 50 extra game rounds per hour.

As if that wasn’t enough, the company has also equipped such tables with a custom designed wheel by TCSJOHNHUXLEY, which also built the visually stunning and super-sized Dream Catcher. And for the Immersive Roulette fans, there’s more good news as Speed Roulette also provides for the same cinematic experience, with multiple cameras and experienced live dealers, who are specially trained to maintain the fast pace of the game. Other than that, it’s the same good old classic roulette table.

To wrap it up, here’s what Todd Haushalter, Chief Product Officer at Evolution, said: “We worked really hard to create a game that feels relaxed while at the same time being blazing fast. This is a tricky balance to achieve, and by giving the game its own dedicated studio, with numerous immersive camera shots, and letting players bet during the spin we have created a game that will appeal to serious and novice players alike. This game is twice as fast as any other Roulette game we offer so will fit very nicely into our suite of Roulette products.”

So where can you play the game? It’s available right now at selected Evolution licensees as an optional 24/7 add-on table.

Give it a go and tell us if it lives up to the expectations in the comments below.