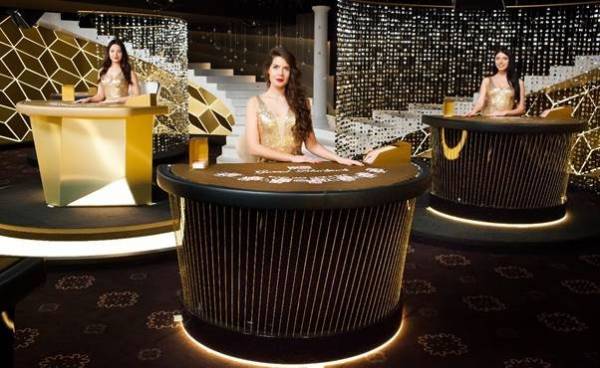 Playtech, the London Stock Exchange listed iGaming conglomerate, has just announced a successful launch of its flagship live casino product Grand Royale. Opened at the end of February as their next generation live dealer offering, it has already shown a 30% increase in traffic and promises to be a true VIP players’ magnet. Let’s take a closer look at what it’s all about.

Designed in golden tones to appeal to high-level value clientele, the 2017-launched Grand Royale is also the industry’s largest and most cutting-edge studio. While the report doesn’t mention the location, it’s likely to be their new 8,500-square Riga-based studio, which they opened on 1st February to accommodate for the increase in demand.

As some seasonal live table game players may remember, Playtech launched their fresh line of HTML5 live dealer tables back in September last year. And according to Shimon Akad, Playtech’s COO, Grand Royale complements that new, market-leading UI, including “superior features, functionality and personalisation and segmentation”. If you’re familiar with their offering, then the overall gaming experience should be comparable to their Salle Privée table.

There are seven tables in total, of which five are for Blackjack, one Baccarat game and one roulette. The latter has been upgraded to Playtech’s Mini Prestige Roulette, to create a more engaging and richer player experience.

As the COO added: “Each of the upcoming experiences, including Grand Royale, has been hand engineered to fit the needs of the customers using it, and contain unique elements that are specially designed to maximise the impact value we get from the customer and diversify the existing network”.

According to Playtech, however, that’s only the first of many new concepts, meaning the company plans to continue heavy investment into the Live product to meet high demands and offer stiff competition among rivals like Evolution, Novomatic’s Extreme Live Gaming and NetEnt.

“The Live team have worked tremendously hard on the new studio and the many new environments, rooms and experiences that will soon be launched. Grand Royale is the first of many and truly stands out as a best-in-class live casino product that I’m confident operators will significantly benefit from and players will love to play,” Akad added.

With that being said, have you enjoyed playing Playtech Live Casino so far? Leave your comments below.