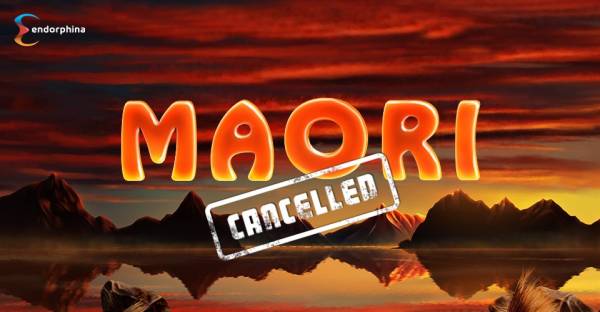 Endorphina, one of iGaming industry’s fastest growing game developers, has announced in its Monday’s report the removal of one of its latest slots, Maori. In fact, Hāpai Te Hauora, the Māori public health agency itself has reached out to demand the game’s immediate removal in the form that it’s currently presented to the general public.

Having produced culturally-driven slots in the past, like Urartu, Endorphina could not see this coming especially after a year of game development. With the intention to raise awareness about cultural heritage of New Zealand and its people, and take players on a journey to distant locations around the world, the company released the Maori slot in December 2016.

This was a game with 9 pay-lines, 5 reels and Endorphina’s distinctive higher variance gameplay. Players could win up to 83x their total stake per line, as winning symbols lit up in animations of the Haka dance, with detailed face tattoos of the Māori people. High paying Wilds that doubled all wins and a Free Games bonus with unlimited spins were noteworthy additions to the gameplay too.

However, the fact that Māori’s culture and symbols were depicted in such detail in a casino game and without prior notice wasn’t to natives’ liking. Having undermined their culture and values, the public health agency demanded the withdrawal of the Maori slot along with Endorphina’s official apology.

Nothing describes the developer’s position better than Robert Novak’s, Head of Development at Endorphina, official statement: “It’s truly regrettable that the game couldn’t have stayed in its original design as it was one of our most detailed and elaborate games. The whole team and me especially, feel very sorry. I visited New Zealand myself, travelled 7000 km all around the country and spent there several weeks and fell in love with the country. The people, nature and the country itself will be in my memories forever and in fact, those are the greatest memories of my life. I wanted to create the Maori game purely out of love to reflect all the warm emotions it evokes in me.”

As such, the game was temporarily withdrawn from their game portfolio, so you won’t find it at any of their operators either. However, the good news is that it’s coming back soon, with all the necessary changes in the design that shouldn’t evoke any connection to Māori people and their culture.

That said, what’s your stance once this rare and peculiar turn of events? Leave your comments below.