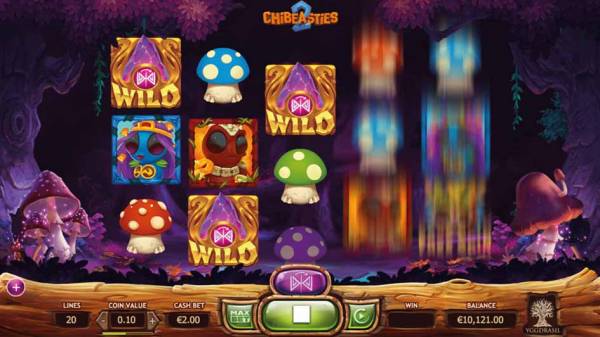 If you’re tired of new slot announcements then here’s a more practical advice. To end the month of March in style, iGaming studios like iSoftBet, NextGen Gaming, Yggdrasil Gaming, and Rival have squeezed in their last slots for Q1 2017. Here they are, one by one, available for demo and real money play at your favourite online casino right now.

One of the newly released online slots is the 10-line Beetle Jewels, from iSoftBet. Developed using the open source TypeScript programming language, it not only looks stunning but also plays smoothly and with 5,000-coin line wins. Watch out for 3 or more Wild/Scatter symbols, which trigger 10 free spins with a special expanding symbol.

NextGen Gaming, on the other hand, has not only gone through a logo facelift, but also came out with Xing Guardian. This 1,024 Ways machine is played at 50 coins per spin, with stacked wild symbols that also appear during 2 of its random base game features: Rise of the Dragon, and Xing Guardian Locked Reels. But perhaps the most interesting of them all is the Free Games bonus, which makes sure any 2 or more reels will lock and spin together for each of the 10 free spins, which can also be re-activated.

If you’re into Yggdrasil slots, then the team has just launched a sequel to the Chibeasties game. Having launched just in time for spring, it’s an absolute masterpiece, just like the intro which sets the scene quite well indeed. To begin with, you first need to choose a Realm: Expanding, Spreading, Teleporting or Mirroring. Each comes with unique Wild features and you can change them at any moment during gameplay to see which one fits your tastes better. Mutating Combo Wilds and a Free Spins bonus are part of the 20-line premium slot experience too.

For players residing in the US there’s good news from Rival, as it too has rolled out its new game Ten Suns just recently. Playable up to 10 coins per spin, which can be valued from 0.01 up to 0.25 credits each, this 25 bet-line slot presents 1,000-coin line wins that are further enhanced with Directionally Expanding Wilds. Having used the same feature in their Windy Farm slot in Q4 2016, this special kind of wild card can expand both up or down, as well as left or right, on reels 2, 3 and 4, only. The more classic picking bonus and free spins are up for grabs in this Oriental slot as well.

That said, see our highest-rated casinos to choose a fine place to try them out as you like, maybe even with a welcome bonus. Which one do you like the most? Leave your comments below.