Posted by Samuel Karugu on Friday, 20 February 2015 in Games

Crazy Vegas is a popular online casino which has an expanding collection of mobile games. They now have more for their players with new three titles that players will enjoy while on the move. These new titles have been launched in February and are designed to make sure that all players do not down their mobile devices for monotony while gaming.

This is a new game that offers players with a classic casino option which will serve different kinds of players. Vegas Single Deck Blackjack is one good version which is also known as 21. As the name suggests, the game is only played with one deck of cards to allow for low house edge. Standard rules used in blackjack apply, splitting is only allowed once and there is no surrender option offered.

This is another game that has been added for mobile players to enjoy while at Crazy Vegas Casino. This 5 reel slot Cricket Star has attracted a host of players to the casino. The slot has an amazing 243 ways to win and incredible features to make winning easy and enjoyable. Many of you might have played the game on PC and had much fun with it; it is now available on your mobile devices and has not lost any of its charm. The Wild Wickets feature is a highlight in the game and can be randomly triggered on every spin.

February is the month of love and to show mobile players love, Crazy Vegas has introduced secret admirer to mobile casino players. This slot has a game-play which has 9 pay-lines on 5 reels. The video slot has symbols which show all sorts of presents for the secret admirer. These gifts include; flowers, diamond rings, jewellery and masks.

These 3 games have joined more than 60 games found in Crazy Vegas mobile casino. This is one of the things that make the casino remain fresh in every aspect. 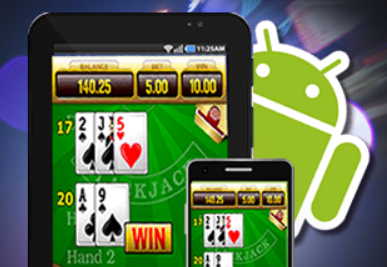 What you need to know about Crazy Vegas Mobile Casino

The new mobile version is not different from the PC version when it comes to player experience, graphics and sound quality, as well as, quality of games.

The mobile version can be easily accessed from Android, Windows, iOS and HTML5 supporting mobile devices.

Security is top-notch and has been made possible by sophisticated security software SSL. With this kind of security, you need not worry about losing your personal and banking information to hackers. Game fairness has also been appraised by Random Number Generator (RNG). This makes it possible for you to enjoy quality and uninterrupted gaming while on the go.