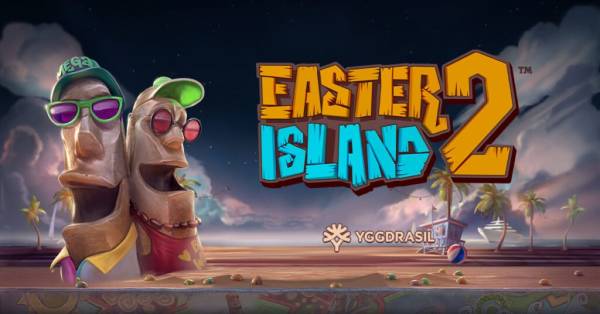 Yggdrasil is back with a fan-favourite Moai statue duo as it releases the highly-anticipated sequel: Easter Island 2. This time the game takes place on Venice Beach coupled with some good old and revamped features, including improved movie-grade graphics which Yggdrasil is by now very well recognised for. The win potential has also been lifted to 2,500x bet or up to €750,000, whichever comes first. Players can enjoy the updated flagship game at Yggdrasil casinos from today, March 25, 2021.

Asko Heiskanen, Chief Gaming and Development Officer at Yggdrasil, said: “The mischievous Moai are back and full of action. Every win triggers a respin which can lead to exceptional rewards. Watch out for a six-of-a-kind win which will trigger expanding reels. They’ll boom to a sky-high 8×6 matrix with 55 paylines which means not only more, but bigger wins. Features aside, the game’s layout has been designed with players completely in mind. We understand players’ mobile-first, portrait preference, so we build the games’ UX totally around them.”

Easter Island 2 is a very simple and carefree game to play, which is also why it's at the top charts. Each spin offers 25 ways to win, unless you get a 6-of-a-kind, which transforms the game by activating its best bonus. Cash bets range from 0.25 to 300 per spin, while the base game hit frequency is just over 16%, which goes well with the mid-range volatility. Finally, this summer holiday-inspired slot has an RTP of exactly 96%, which is about average. Now to the bonuses.

Easter Island 2 is all about the base game features. There are four of them in total, which activate only once and depending on the size of your win. The longer the win stretches from left to right, the better the bonus. The easiest one to get is the Symbol Swap Respins, for which you only need a 3-of-a-kind. This feature will replace all low or high symbols with the ones that triggered a win, creating more chances to win on a free respin that follows.

The beach party gets even more exciting starting with a 4-of-a-kind or better, which awards the same Symbol Swap Respins and one Colossal Block of symbols. These Colossal Respins as they call them, come with 2x2, 3x3 or 4x4 Colossal Blocks. Get a 6-of-a-kind to advance to the highest and most exciting stage of the Respin feature. This will expand the grid vertically so that the entire game transforms from 4x6 to 8x6 reels and from 25 to 55 ways to win.

Should be noted that the regular symbols pay anywhere from 0.2x to 40x bet, or between €10 to €12,000, depending on your bet. Because all symbols come stacked, it’s very much possible to fill the entire screen with the same symbol, especially with the help of Swap Respins and Colossal Wilds, which take thrilling proportions during the final bonus! All that combined makes it one of the most exciting releases of the year so far.