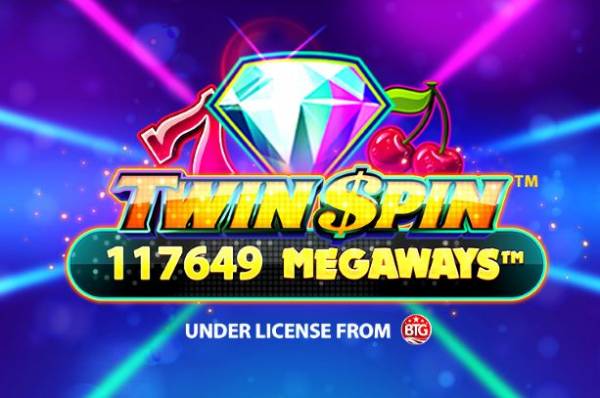 Red Tiger and NetEnt will very soon release a modified version of an iconic slot game with the most popular mechanic created by Big Time Gaming – Twin Spin MegaWays. The game will feature up to 117,649 ways to win and 6 reels, including the popular Twin Reel Feature and now also a Free Spins bonus and the Avalanche Feature. The slot is scheduled to come out next month, on November 12!

Building upon the simplicity and reputation of the original game of 2013, the new Twin Spin will max out on the Twin Reel Feature, which links two or more adjacent reels before each spin. Introducing symbol avalanches enables players to have multiple successive winning combos throughout the game. Each reel can contain 2-7 symbols at a time, boosting pay-lines up to a whopping 117,649 MegaWays. Bets will range from €0.10 to €100 per spin, giving punters plenty of freedom in this medium-to-high volatility video slot.

This Red Tiger powered NetEnt slot game also features Wilds that can appear on reels 2-6, and which will also have an additional x2 or x3 win multiplier during the brand-new Free Spins. To trigger the main feature with 15 freespins, look for 5 Scatters anywhere on the screen. In fact, the feature can be re-triggered the same way multiple times, often lasting over 30 spins and giving players more chances at linking as many reels as possible. Another advantage of the bonus is that there will always be 7 symbols on each of the twin reels, adding further boost to achieve wins of more than 10,000x. The theoretical average return to player or RTP in this game is 96.04%, which is average at best but with no other (lower) configurations available to the operators.

That being said, the return of the upbeat classic slot machine in a new format will be a real treat. Scheduled for wide release after the Halloween “season”, we believe this game will fare well on the backdrop of the 243-ways original and offer plenty of bang for the buck for its relatively high hit frequency. Keep an eye out for Twin Spin MegaWays and related campaigns on Thursday, November 12, 2020. We also recommend you see our curated list of Red Tiger casinos to pick yourself a bonus for good company.