Playson is now part of Quickfire by Microgaming

Posted by Samuel Karugu on Wednesday, 02 March 2016 in News 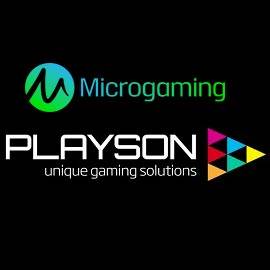 Microgaming will now have Playson’s technology incorporated in their platform after a landmark deal was sealed. As part of the deal, Microgaming will bring to action the latest HD slot Titles developed by Playson on all their Quickfire global operator networks. Some of the popular slot games by Playson you might have come across are; Dracula’s Family, Alice in the Wonderslots, Wild Hunter, Bumper Crop and Lucky Pirates. Other titles you will come across in clued and not limited to Royal Swipe Casino, Casino Adrenaline and PocketCasino EU.

The Managing Director to Playson was excited to finally have the project released to the game-release level. He pointed out that the Quickfire’s market team responsiveness and the penetration were the key elements to the growth in momentum of playson’s game release on Microgaming’s Quickfire platform.

The head to Microgaming’s Quickfire Tom Chamberlain said they had an easy time with the rapid and stress free integration and added that Playson games would be increased to more than 400 online games in the Quickfire database.

What you need to know about Playson

Playson is based in Malta is a fast growing newbie in the world of online gambling. They have an innovative HD content development team that boasts of more 30 Flash and HTML 5 games which are currently licensed in UK, Malta and Alderney gaming authorities. Playson brought its activities in the lime light by adapting into the needs of their casino operators and adapting to the strict regulations imposed on online gambling.

The Quickfire platform has a host of games which are hosted on their patented technology platform. Subscribed operators are offered quick access on the popular titles which is meant to give the players a wide platform to the players.

The largest progressive jackpots are offered by Quickfire and they are doing their best to make sure that this remains so. This will be achieved through their seamless integration intelligent management of games and the quick deployment of their games.