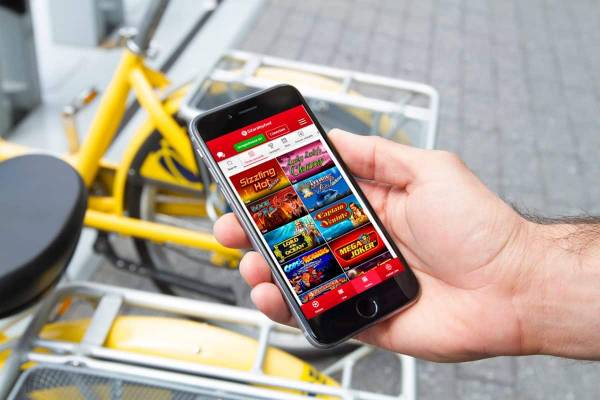 Starting with new video slot announcements, one of this year’s most anticipated releases must be Greentube’s branded game MacGyver: Duct Tape & Diamonds. All we know is that it will follow the adventures of Richard Dean Anderson and lead cast of the 80s TV show.

At least one Novomatic land-based slot will be pushed online in the near future as well. It’s the Enchanted Fortunes Linked Jackpot game, and it will also be launching with linked themes popular in the brick and mortar sector such as Book of Ra Mystic Fortunes, Pyramid Fortunes and Goddess Rising.

Among other slots announced for this year include The Great Gambini’s Night Magic and Tidal Riches, which was already released across Greentube operators on 29th January.

Greentube is also seeking to expand into more countries and regulated markets, such as Sweden, the Netherlands, Switzerland and Slovakia, as well as in North and South America. And one of their first moves this year following the report is with Stanleybet Romania for their brand-new Stanleybet.ro. This is especially good news for customers who, until now, could only play Novomatic slots in physical form in Stanleybet shops.

Sorin Georgescu, CEO of Stanleybet Romania, commented: “We are proud to be among the first to offer Greentube’s most popular games for Romanian gamblers. This release was on our road-map since we started developing the new Stanleybet.ro gambling platform.”

He added: “The partnership with Greentube is a new step that we take towards our players. Our objective is to build a fully customer centric experience and alongside the user-friendly system the games portfolio is mandatory for our success.”

Speaking of land-based Novomatic players, Greentube has also presented their innovative solution called Plurius, thanks to which customers will now be able to play seamlessly and switch between land-based, online and mobile while using single wallet. The very first games to have this feature include The Great Gambini’s Night Magic and Apollo God of the Sun, coupled with leading Novomatic gaming terminals and progressive jackpots.

To experience all that online first hand, refer to our Greentube or Novomatic online casino guide.