Posted by Samuel Karugu on Friday, 07 August 2015 in News 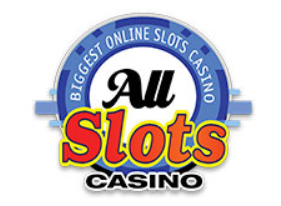 For two consecutive months, August and September, players at All Slots Online casino have something to be joyful for as the casino has initiated a new promotion referred to as Pirate Loot that will accord clients with free spins as well as amazing prizes for the two months. This promo comes with a blustering pirate theme that brings the much pleasure to gamers.

The bonus has five rounds per week which basically starts from early Sunday morning all the way to Saturday night.  In essence, the initial round kicks off on 2nd August and runs with the latter round starting on August 30th up to September 5.

Moreover, a player who plays in this promotion is accorded with one lucky compass that will be spined once per week. The needle spin lucky compass is fitted on the pirate’s ship and would activate a certain prize the moment it stops after a spin. The prizes awarded here will be either in form of amounts which may include $2, $5, $10, $15, $25, $50, or even $100. They can also be awarded as free spins that a player can use with various gaming slots such as Gold Factory, Pistoleras, Thunderstruck II and Avalon slot games which are all playable at the casino.

This new promotion by All Slot casino comes with a unique motto that says that “Every mate’s a winner”. This is however to be proven true and no doubt that it would. The reason behind the undoubted win is that a player will be entitled to a win with every spin made as the pointer automatically activates a prize. There are five spins that a gamer can be awarded and they guarantees five major prizes.

About All Slot Casino

The casino was initiated back in 2001 and since then it has formed the basis of amusing game slots as well as handsome bonuses. The casino is run by the gigantic Microgaming and can be accessed either via Download or Instant-Play versions. Its mobile casino can support various devices such as the iPhone, iPad, iPod as well as Android. Being certified by eCOGRA, All Slot Casino provides payouts on time and gives client the best fair play. It also prevents minor gaming and helps its clients who may be hit by betting problems.