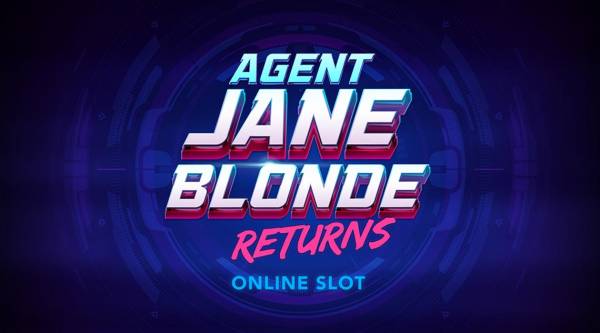 Microgaming’s biggest casino-related news at the annual iGB Live! 2018 event in Amsterdam, that’s on right now, is the return of their lead heroine in the iconic slot that is Agent Jane Blonde. Although the release date is yet to be announced, it’ll also be the company’s second game developed by their new independent game studio Stormcraft Studios.

The original Agent Jane Blonde video slot was released back in 2005, alongside 23 other games that year neither of which managed to get as much attention as this superspy slot. Unless you still play this game on a regular basis, let’s refresh your memory of what made it so much more special than the rest.

The espionage-themed online slot with a hint of lust and parody features just 9-pay-lines across a 5x3 reel, letting you wager 1-5 coins per line at coin denominations 0.01 – 1.00. As a classic video slot, the game also features a free spins bonus that’s triggered with 3 or more win-multiplying Scatters. Not only that but all wins during the freebies are tripled as well. This also includes wins doubled by the 10,000-coin Wild! And if that’s still not enough then you can also choose to double or quadruple your win in a double-up feature in the base game, high-roller style.

If it sounds a bit too nostalgic or you’re curious to find out how retro that hit game actually is, then you can easily give it a try for free or real money at one of the reviewed Microgaming casinos.

So what about the Agent Jane Blonde Returns slot? All we know is that it will come with stacked wilds and a re-spin feature, not to mention the upgraded artwork which Stromcraft Studios has already demonstrated in their newly-released Fortunium slot. Even though the classic agent slot is also mobile-compatible, Microgaming hasn’t put much effort in optimising the user-interface, something which will also be fixed in the upcoming release.

Here’s a word from David Reynolds, Games Publisher at Microgaming: “Following the huge success of Fortunium, we are so excited for Stormcraft Studios’ next release with Agent Jane Blonde Returns. With stunning graphics and an atmospheric soundtrack that brings you into Agent Jane Blonde’s world of action and espionage, it’s sure to be a hit with both fans of the original and new players when it goes live.”

Now, what do you think of Microgaming’s approach or was it about time they did this to all their most popular games? Share your thoughts in the comments below.