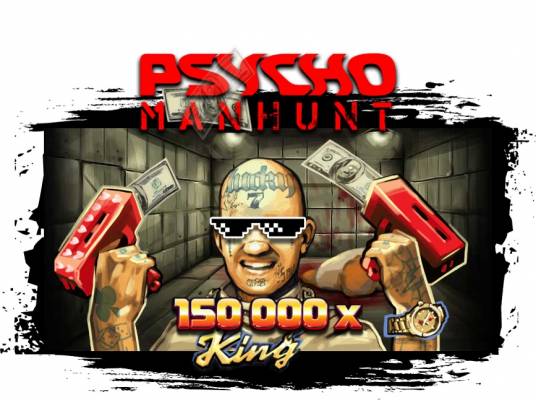 Nolimit City’s San Quentin online slot is on fire! –  Yet another player has just triggered an eye-watering win multiplier from the game’s thrilling Free Spins bonus. This time the full 150,000x their bet, becoming the first casino customer to max out the game’s win potential. The slot paid out C$90,000 from a C$0.60 bet!

The previous achievement was written in the record books only a month ago, awarding 149,631x bet to a lucky player just days after the official release. Both moments were captured and are available for view on Nolimit’s YouTube channel.

Just like the first record win in San Quentin, the most recent highest prize was won thanks to the slot’s bonus buy. Notorious not only for its prisoners, but San Quentin also has the most expensive feature buy in an online slot game! – Players will have to pay up to 2,000x their bet to buy the Free Spins feature outright. Although, there are the additional 100x and 400x feature buys that may turn out to be just as rewarding but don’t begin quite as aggressively.

Given the C$0.60 bet, the record-breaking feature cost the Canadian player no less than 1,200 Canadian dollars! That got them 14 spins and three Jumping Wilds to start with. Unlike the 149k win, this one was not achieved in one spin but "slowly" over the entire bonus, hitting almost back-to-back "Epic Win" rallies. That continued until the second to last spin with three 16x Jumping Wilds in action finally pushing the bonus prize to the maximum possible payout of 150,000x the bet amount. At that moment the bonus was cut off and the rare Psycho Manhunt animation came up in the player's disbelieve of what had just happened. If you ever wondered how it looks like, you can replay the entire win experience using the game provider's replay tool.

That being said, San Quentin is not the only popular Nolimit City slot that has been in the centre of attention lately. Be sure to also check out the xWays and xNudge action in the Punk Rocker sequel: East Coast Vs West Coast. Mind you, the slot’s played at their Extreme Volatility! Finally, don’t miss the release of their new x-mechanic, xBomb, in the upcoming Fire In The Hole slot that’s coming to Nolimit City casinos in just a few days, on March 2, 2021!