Glenn Hoddle is the new Expert Ambassador for Unibet

Posted by Samuel Karugu on Friday, 18 September 2015 in News 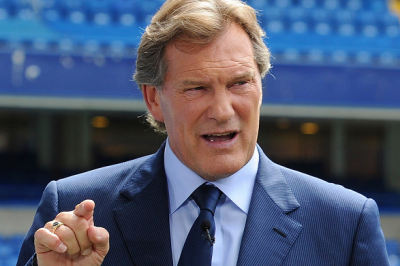 Having expertise knowledge about certain sports can land one in a well paying job in any of the betting companies. This has dawned to former England national team manager Glenn Hoddle who has landed a job as the football Expert Ambassador with Unibet.

Born on 27th October 1957, Glenn was a footballer and a manager. He played in the midfield position and started his career at Tottenham Hotspur in 1975 making 377 appearances before moving to France to play his trade with Monaco in 1987. He returned to England where he played for Swindon in 1991 making 67 appearances before he moved to Chelsea between 1993 and 1995 when he hanged his boots. In his playing time in both Swindon and Chelsea, he undertook two roles; that of a player and a manager too. He took over full managerial role for England national team from 1996 to 1999. He later took over English clubs such as Southampton, Tottenham Hotspurs and Wolverhampton Wanderers.

The talented footballer has been severally seen in famous TV shows in UK as well as in the International level as sports broadcaster. It has been claimed that Hoddle who won 53 caps for his national team England will be fundamental to Unibet by providing them with professional approach as well as opinions. Unibet claimed that the acquisition of Hoddle would be made public and his unique contents will be aired across its videos as well as social platforms.

Phillip Manzi the Unibet Country Manager claimed that Hoddle is the best man to take up the role of an ambassador to Unibet for he possesses expert, Passionate as well as friendly values. He added that Glenn’s expertise in analysis and insights will be crucial to Unibet clients as they make up the right decision in placing various football bets.

On the other hand, Hoddle claimed that he was pleased to initiate this amusing journey as an ambassador to Unibet Corporation. He was much appealed by the popularity of Unibet across the globe and would work closely with the firm.