Germany to Regulate Online Poker and Casino from July 2021 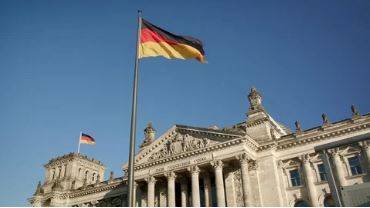 Germany’s 16 state leaders have taken important steps in regulating online poker and online casinos beyond online betting in July 1, 2021. The new treaty must be ratified by each state parliament and submitted to the European Commission for approval before it can be brought into effect. Currently the only federal state to issue licenses for online gambling is Schleswig-Holstein.

In an effort to modernise local laws to be better suited to protect minors and discourage illegal gambling, the process leads to a creation of a new regulatory authority established through the Glücksspielneuregulierungstaatsvertrag (GlüNeuRStv) which is based in Sachsen-Anhalt. This treaty will be replacing the third amended State Treaty on Gambling that came into force from 1 January, which allowed operators to apply for sports betting licences in the market. Schleswig-Holstein will be permitted to continue with its own liberal regulatory regime until 2021.

If all goes well amid unforeseen market conditions caused by the pandemic, this is good news to local players, who will be able to enjoy more secure online gaming. However, there will be some significant restrictions which will come with a new set of rules. Among them is a €1 per spin stake limit in slots, a €1,000 deposit limit and strict controls on live dealer bets. Likewise, slots players will have to do without an autoplay function and no jackpots. According to the same report, states will also have an effective veto on whether to allow table games, and could give their lotteries a monopoly over the product.

The German Sports Betting Association‘s (DSWV) president Mathias Dahms criticised that the new regulations are too rigid and will neither help player protection nor fight against the black market as the new regulations could lead people to international sites where bet limits are higher.

So far there has been major interest in sportsbook licenses, with 30 applications received in February and another 20 operators signalling their intention to apply. At the same time, around 100 companies received warnings for operating without a licence, prompting 10 to withdraw from the market. The move follows a warning by the Minister of the Interior for Hesse in December last year who stated that unlicensed activity would not be tolerated for companies which have not submitted applications or expressed interest in applying.