Posted by Samuel Karugu on Sunday, 29 November 2015 in News 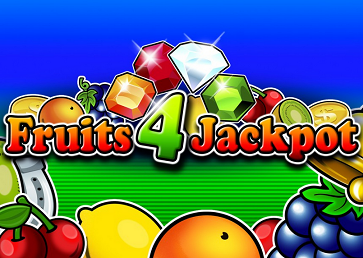 World Match has introduced its latest slot known as Fruits 4 jackpot HD. The new slot comes with classy fruit symbols which surrounds the wheel which is accompanied by amazing four jackpots which a player can be entitled to. This new slot can be played in the Jetbull casino and any other global casino under World Match.

According to Andrea Borrato who is the Executive Director at World Match, the new slot will drive players crazy for its attractive themes and comes with a handful of amazing wins accompanied by substantial excitement.

The game has wonderful features and is easy to play. It retains its traditional classical roots. It comes along with awesome graphics from the HD module which is crystal clear. It is accompanied by appealing soundtrack which is satisfying and straightforward. The World Match has relied heavily on the speed into which a player can play the game as well as the various jackpots at disposal.

Fruits 4 Jackpot HD has a wild symbol. The wild symbol has the power to replace on the reels; any type of symbol. This would in turn bring about a winning combination. The slot also has within itself free spins. The existence of over three free spin symbols along the reels awards you with free spins depending on the actual number displayed. The new Spin Stop feature comes to a great advantage to a player who has the freedom of halting the spins at any given time. This will raise the speed and the rate of recurrence of the play at intervals.

The autoplay as well as fast play features of the game gives a player a chance to initiate a faster thrill which will bring about constant amusement. There is integration between Fruit 4 Jackpot HD and other social networks including Facebook and Twitter. This is crucial for clients as they are capable of sharing their high scores and the progress of their game without necessarily leaving the real game.

Since it was launched in 2003, World Match has been the leading firm in the online gaming industry with its provision of best solutions to online operators based across the globe. The company has over 100 slot machines and 30 table games which are favorable for desktops as well as other mobile devices.