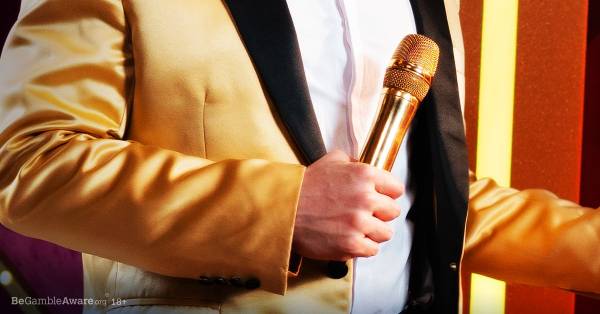 Evolution Gaming’s most anticipated live online game show of the year, Crazy Time, is going live. It’s built on the Dream Catcher money wheel concept and features multipliers in every round. But that’s not the crazy part, because it also has not one but four interactive bonuses: Cash Hunt, Pachinko, Coin Flip and Crazy Time. All that can produce wins of up to 25,000x!

The game plays similarly to the Dream Catcher, featuring the main money wheel which is spun each round. The new feature here is the Top Slot above the money wheel, which is also spun every round. It generates one random multiplier that will either multiply a bet on a number (1, 2, 5 or 10) or multiply the multipliers in a bonus game. And there are a lot of bonus games!

The Cash Hunt Bonus Game is one of the two interactive bonuses where each player will have to decide which “duck” they want to shoot with a virtual cannon. There are 108 random multipliers which are then covered by random symbols and shuffled. Just shoot the symbol which you believe has the largest multiplier.

The Coin Flip Bonus Game is the simplest of the four. It’s a regular coin flip with a red and a blue side. Each side will get a multiplier before the physical coin is flipped by a machine to determine the total win.

The Pachinko Bonus Game must be the second most exciting feature of the four, featuring a large Pachinko wall with a multitude of physical pegs. The host will drop a puck which will decide the winning multiplier. If the puck lands on a “DOUBLE” value, all the multipliers at the bottom of the wall will be doubled and the puck will be dropped again. This can continue until the multipliers reach the maximum 10,000x multiplier!

The Crazy Time Bonus Game is undoubtedly the most exciting feature. It’s hidden behind the red door and features a gigantic virtual money wheel which is spun by the presenter. Before that happens, each player must select their flapper: blue, green or yellow. The “DOUBLE” and “TRIPLE” values on the wheel can multiply all values and respin the wheel. The wheel can be re-spun until the multipliers reach the maximum 20,000x multiplier!

Theoretically, every sixth spin should trigger a bonus. However, to get anything from the four features, you must have a bet on the bonus when it’s triggered! Trust me, it’s easier than it sounds and best seen with your own eyes. See our list of Evolution Gaming casinos where you can test it out for yourself from today, 10th of June, 2020.