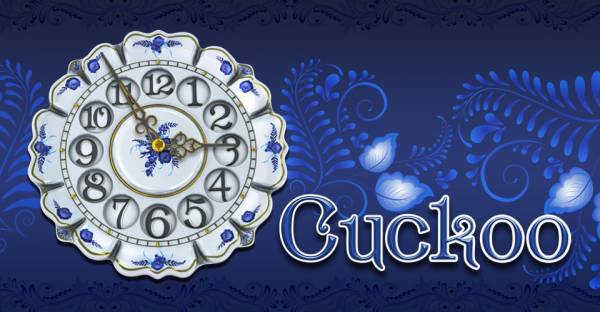 Now that the Maori saga is behind, Endorphina has been quick to release two new videos slots in less than a week. One of them is the space-themed 2027 ISS game, and the other a Rococo style and Fabergé egg-inspired slot that’s called Cuckoo. So here’s a sneak peek at each one, which you can start playing today.

The Cuckoo slot is unlike anything we’ve seen so far, visually at least. There are 10 bet-lines, like in the hipster themed Diamond Vapor and March-released Slotmoji, and just one bonus to boot called the Alarm feature. To win it, you need at least 3 Scatters.

The Cuckoo bonus is rather unique as well. Once you’re in it, place the golden hand on the clock in a position that you want, increasing or decreasing the risk of winning as you wish. If you manage to get it right, you could be worth 2,400x more than when you started the feature. It’s recommended you try it in demo or at lower stakes first, as Endorphina slots are known to be among the industry’s riskiest.

That said, it’s time to head out of space with another new slot of theirs that’s called 2027 ISS. It came out on 12 April, to coincide with the International Day of Human Space Flight and the first human space flight, which took place 56 years earlier.

It’s a 9-line slot with Wild symbols that are worth up to a whopping 10,000 coins and double all wins that they complete. The release isn’t without free games either, which can be yours for the same classic 3 or more Scatters. And that’s where it gets interesting as there’s no limit to how many free games you can play. Just make sure you don’t run out of special fuel, which also triples all wins that you get during the feature.

If that sounds familiar to you then this is where the discontinued and scandalous Maori slot comes in. As you may remember from the earlier post, Robert Novak’s, Head of Development at Endorphina promised to come out with the Maori slot remake soon. 2027 ISS is the very game that replaces it. So if you’ve been dying for it to come back, then this is your moment.

You can play both Endorphina slots at fiat and cryptocurrency casinos like BitStarz, one of our highest-rated online casinos, on desktop or mobile. Let us know what you think of the new couple by leaving your comments below.