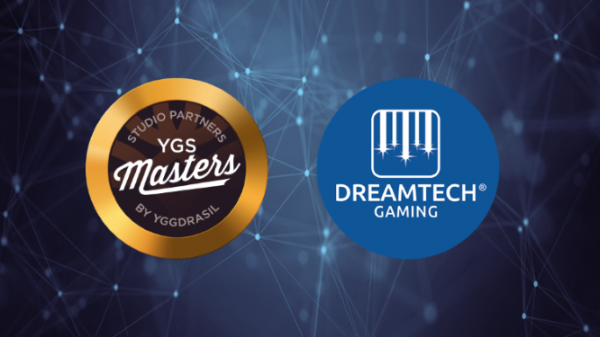 Experienced game developers at Dreamtech Gaming have joined Yggdrasil’s YGS Masters programme in a partnership agreement last week, becoming its sixth member to date. This independent game studio will bring an expertise in Asian-themed content and are ready to release their first game, Niagara Falls, under the ever-expanding network, in Q2 2019!

Dreamtech Gaming has been operating for two years and is headquartered in Malta. In fact, they already have a few games that you’ll find on their shiny new site at DreamtechGaming.com. There you can also give them a try in demo/practice play mode, on any device.

The games that they’ve developed so far range from medium-volatility 576-ways titles like Legendary Tales to cascading Bejeweled-type games like Glory of Heroes, with boast decent RTP of 97.15%. Players who are looking for something easier to follow yet equally novel will find their 25-line Investiture of Gods more appealing.

All of Dreamtech’s games stand out with premium graphics and attention to detail, including favourite bonus features like free spins, cascading symbols, bonus multipliers and more. Together with Yggdrasil’s proprietary in-game promotional tools like BOOST, things can still be taken to a new level like with in-game tournaments and raffles.

Being an invitation-only, semi-open platform, the Maltese company will retain much of its independent state while working with Yggdrasil. As Fredrik Elmqvist, CEO, Yggdrasil, voiced his plans earlier this year, the goal is to please a global appetite for large volumes of curated, localised content. Other studios that have joined the YGS Masters initiative include Rabcat, Northern Lights, Fantasma Games, the Hong Kong-based Avatar UX, and the UK-based 4ThePlayer.com, which joined in February this year.

Stuart McCarthy, Head of Studio Partnerships at Yggdrasil, commented on the deal: “We are delighted to welcome Dreamtech Gaming to the YGS Masters family. Their unique take on Asian-themed content will perfectly complement our studio’s growing portfolio.”

“The addition of Dreamtech to our burgeoning platform is consistent with our strategy to become the best global content publisher in the market, and we look forward to continuing to grow YGS Masters.”

For more of our thoughts on online casinos with Yggdrasil games, see our dedicated software section with curated casinos. As always, feel free to speak your mind on games from Dreamtech in the feedback below as well. How do you like them so far?