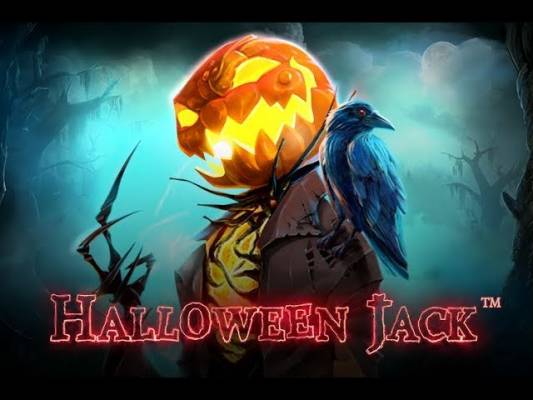 October 31 and with it the ghostly Halloween too is creeping up on us. So let’s go over some of the new and upcoming Halloween themed video slots from a few of the top developers: NetEnt, Yggdrasil and Microgaming.

First up, let’s see what the Swedish NetEnt studio has in store for us this October. In addition to rolling out the Wild Bazaar slot with Stacked, Colossal, Linked and Multiplier Wilds, in about two weeks’ time, they have another All Hallows machine coming out that’s called Halloween Jack. They’ve had a teaser of the game up on YouTube since August now, so this is a real deal.

Some of the highlights to mention about this 5-reeler include a free spins bonus with Walking Wilds which also come expanded like in Jack and the Beanstalk. Look for it at one of the featured NetEnt casinos from October 24!

Another Halloween online slot to launch on the exact same date is Yggdrasil’s Dark Vortex. The game has been kept a secret, so we don’t know much about it yet. But, if you’ve been following their new releases then you may know that the studio has just released another worthy Halloween game: Wolf Hunters.

That 20-line video slot lends its theme from the Werewolf folklore. For more behind the scenes action, head over to this page. The game packs a punch with free spin bonuses which can be triggered either with a bonus symbol or progressively by filling up “rage” meters for either the Hunter or the Slayer. Respins, Wild transformations and bonus upgrades are some of the other engaging features to look for when wagering between 0.10 and 100 credits per spin. You can get to know all our Yggdrasil casinos where you can find this creepy release over here.

For the third developer, we picked Microgaming and their new game Wicked Tales: Dark Red, which hit the online casinos on September 26. While we think they still have more in store for us this month, this game was actually made by the same guys as the branded Halloween online slot a year ago: Triple Edge Studios. It’s also one of the company’s three independent game studios that release exclusive content.

The 25-line Red Riding Hood-inspired game comes with distinctive Wandering Reels and Jumbo Blocks that move throughout the game, expanding the 5 reels for bigger winning combos. Catch at least 3 Bonus symbols to enter a bonus wheel game and for a chance to progress further into the Forest of Fortunes picking bonus. So, if you can’t wait till the end of the month then you’ll find the Dark Red slot for practice and real money play at one of these Microgaming sites.

Stay tuned for more Halloween news and subscribe to the blog to receive notifications when we publish a new post.