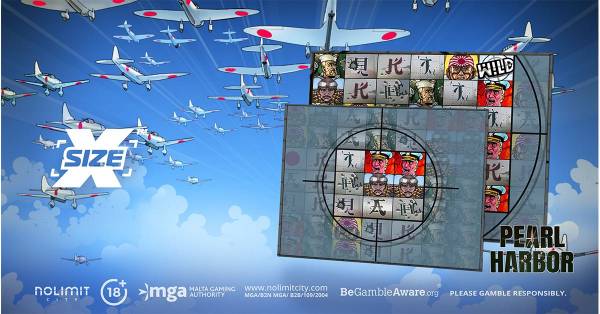 Nolimit City has been on an xMechanic roll recently. Every game that they’ve released since September of this year has had a new xFeature of theirs. The same is true for their new cluster-pays game, Pearl Harbor, which has a brand new xSize mode in addition to xBomb, xSplit and other sick goodies from the renowned developer. It will be available in all its glory and a maximum win potential of 41,127x bet as soon as tomorrow, on the 7th of December!

Pearl Harbor is the second cluster slot in Nolimit’s portfolio, and it comes with a dynamic 7x7 reel area, with only the centre 3x3 square being active initially, before all hell breaks loose. Watch out for special symbols like xBomb, Target and xSplit, as well as Colossal symbols and Scatters, which can trigger one of two free spin bonuses. So how does xSize work?

With xSize, certain symbols (xBomb, Target and Colossal) and features will expand the active area, massively increasing the potential for a win, especially when combined with other features such as xSplit. It’s the fifth new xMechanic from Nolimit in recent months. With that in mind, here are the other four that you may want to check out if you haven’t yet: