Posted by Samuel Karugu on Tuesday, 19 January 2016 in News 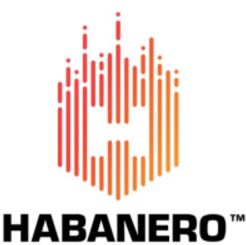 Looking for the best fun where explosions will be the odd of the day? Well, the search is over as Habanero will just quench your thirst. The firm has initiated one of the realistic bombing slots under the HTML5. The Bombs Away slot has an old version theme depict the events that were unfolded during the World War II. The slot game comes along with amazing soundtrack and graphics which make the gameplay more realistic. Fighting planes, bombs as well as tanks bring out the real World War II experience.

It may be very nice in terms of looks but the main agenda of the Bombs Away slot is its rewarding aspect. These awards are brought along by amazing features found at the screen. From the wild symbol which is represented by the bomb symbol. This symbol will randomly emerge at the game scene and will turn all other present symbols into wilds with the exception of the scatter symbol.

The scatter symbol on the other hand is represented by the beautiful woman on the bomb. Having three or more of this symbols along the reel will activate free spins. In this case, a bomber planer will fly over the reels on the screen and once the bombs land on these reels, the random wilds are activated. Amalgamation of two wild features will trigger huge wins on the 50 fixed paylines. Moreover, the huge prize of the Bombs Away slot is a progressive jackpot which appears at the top of the reels. It will continue growing bigger as players continue to bet and eventually one lucky winner walks home happy on heavy pockets.

There are various spots where Bombs Away slot can be played. All casinos powered by Habanero have a chance of getting the slot in their platform. They include casinos such as Gala casino, 32Red casino as well as Winner Casino. The slot is the second product of Habanero after the new Gold Rush slot and both are among over 50 slot machines that the company has launched.

The official unveiling of the Bombs Away slot is expected to take place in February this year during the ICE Totally gaming conference.