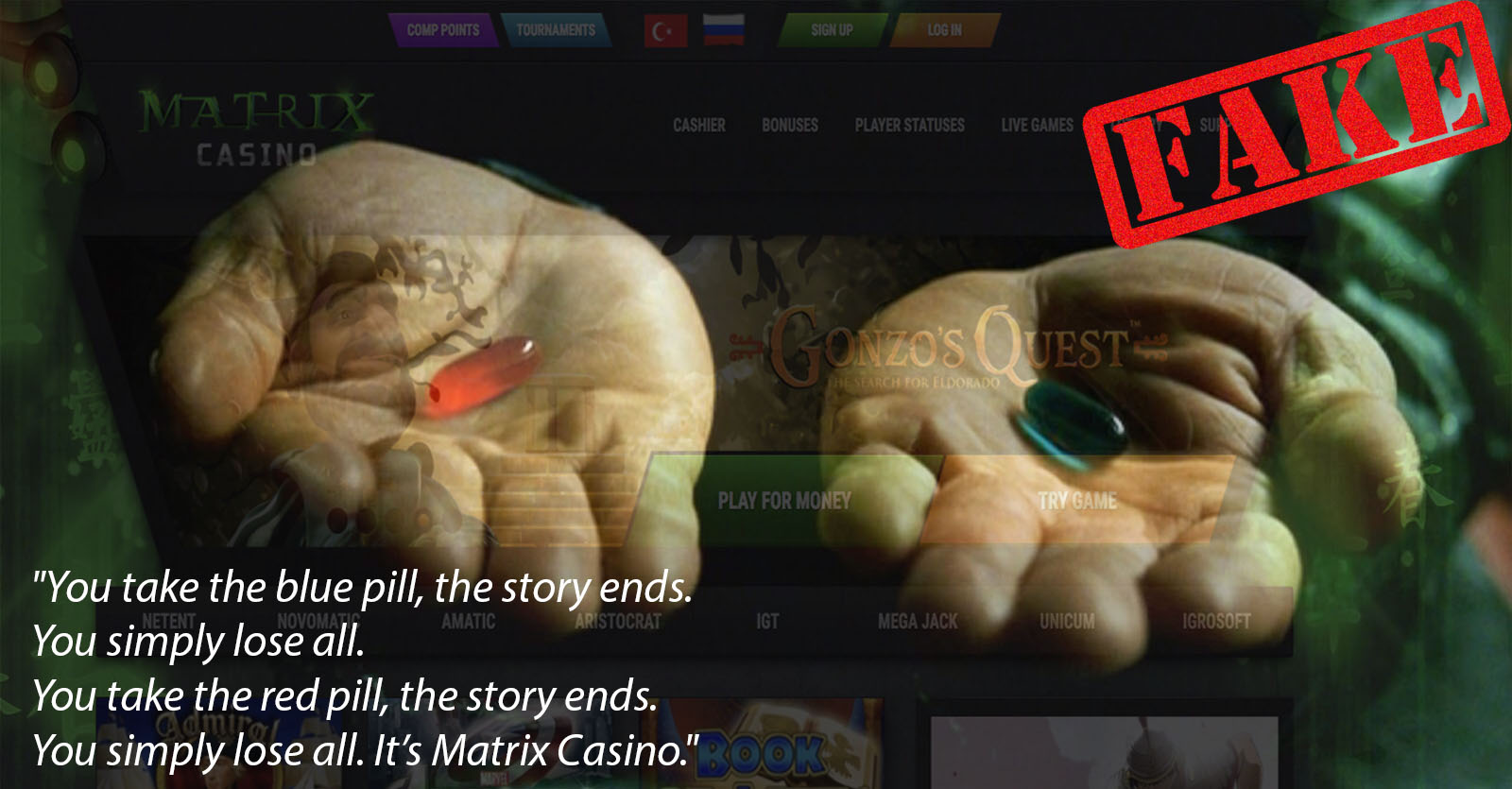 Halloween or not, but the number of horror rip-off casinos continues to grow. Fortunately, our friends at LatestCasinoBonuses (LCB) are on a roll too, zapping them like ghostbusters. In the month of October alone, the community has spotted at least two new fake casinos, one of which – WinnerMillion – we wrote about just last week. Now let’s see how the guys at Matrix Casino are trying to steal your money.

We are talking about the matrix-casino.com, which as LCB found out has a connection to the now-closed Globus Casino. Apparently, these guys are from Russia and been putting together scammy sites for years (while also getting busted).

So while the casino does look a lot better than WinnerMillion, this cannot be said for their English language skills and the avid use of Google Translate on important pages like T&C. But the most important element that the two “brands” have in common is the NetEnt and Novomatic slots, which are just as fake as it gets. And like the million casino, it too uses the same crooked domain "hxxp://casinomodulle.com/" to stream the NetEnt games. Note that legit games are always streamed from official servers with a similar name: casinomodule.com.

By now, however, all the tricks are well-known to the apt observers, and it’s hard to be duped especially that the lingo in Terms of Use give them away without the need to dig much deeper.

That said, such criminal behaviour won’t go unpunished, so for that matter, the guys at LCB have already contacted the legal team at NetEnt directly to investigate the matter with WinnerMillion. This is likely to be the case with this pirated casino too.

The main idea behind this is to be vigilant when choosing a casino for play, while having an idea of how to spot a fake site and games. To learn more about the pirated domains and the full story behind Matrix Casino, read the full LCB report here.

If you spot a casino that may fall into this category too, then give us a shout by leaving your comment below to expose and take them down all together.