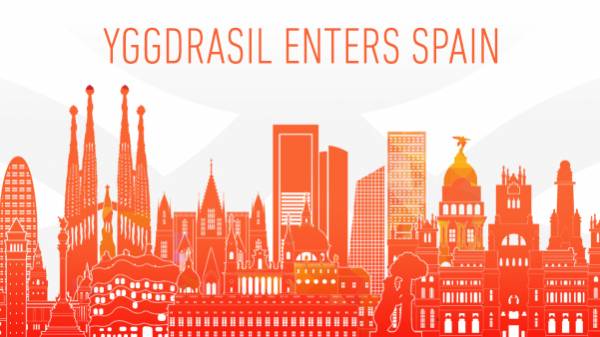 As we noted in our earlier news reports, Yggdrasil Gaming is on a roll and so far it looks like it’s just the beginning. That’s because just in time for the annual ICE event, the company has announced not only a new identity with a fresh logo, but also paid out €1.9 million to a lucky progressive jackpot winner, won a prestigious IGA award, and for the first time, entered the Spanish market thanks to a deal with an existing partner GVC.

The Spanish market has been on the radar for many iGaming companies since 2015, showing an impressive year-on-year growth according to local authority Dirección General de Ordenación del Juego (DGOJ). With GVS’s bwin brand already firmly on the ground in that market, Yggdrasil Gaming decided to join the existing featured slot providers such as NetEnt, IGT, and Microgaming.

The slots are expected to go live during Q2 2018, in full compliance with Spanish requirements. Will this include Yggdrasil’s brand-new table games or progressive jackpots like Ozwin’s Jackpots, is not clear just yet, but as with past expansions, the games will come with the developer’s unique promotional tools like BOOST and BRAG, adding some more in-game action. Finally, it’s also a move many Spanish players have been waiting for ever since this studio has established itself as a market leader.

Here’s a word from Fredrik Elmqvist, CEO, Yggdrasil Gaming: “Spain has quickly emerged as one of Europe’s fastest-growing and exciting jurisdictions, making it a perfect environment for Yggdrasil’s award-winning slots and promotional tools.”

“To enter Spain with GVC, a long-time partner across multiple jurisdictions, will ensure our games are enjoyed by slots fans across the country. Following recent entries into Denmark and Italy, it also underlines Yggdrasil’s commitment to expanding its footprint in Europe’s regulated markets.”

Andy Whitworth, GVC’s Head of Content and Commercial, added: “Our aim is to offer content from our best suppliers in all of our markets. Yggdrasil’s slots have already proved to be hugely popular with our players elsewhere, so we are delighted to be the first operator to bring that award-winning content to Spain.”

Note that the news comes hot on the heels of Yggdrasil entering Denmark with a similar Danske Spil deal earlier in December 2017, and Italy with an earlier agreement with Snaitech. Judging by the good momentum, we are likely to hear more from Yggdrasil in the coming weeks, aside from the new slot releases that they’ve already proudly featured during ICE.

Tell us what you think of the new Yggdrasil logo and its latest developments in the comments below.