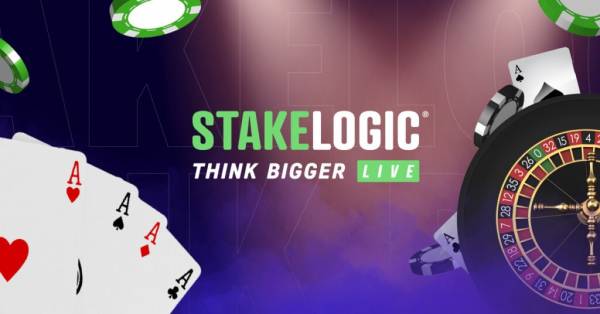 StakeLogic is well known for its online slots that are available at regulated online casinos across Europe and the UK. Following the introduction of their live casino product precisely a year ago, their live dealer games offering has now grown to include not only blackjack and roulette but also a couple of game shows, all of which are now licensed in three jurisdictions, including the UK.

In an effort to capture the company’s transition from a B2B slot studio to a provider of casino content for all stakeholders, including players, Stakelogic Live’s content went live officially in April of this year. The effort is run by the industry veterans like Richard Walker, Head of Live Casino, Anthony Sammut, Head of Studios, and Sanita Gabriel, Head of Operations, who share many years of experience from the industry’s leading studios like NetEnt, Evolution and Playtech.

All Stakelogic Live games have been designed and developed in-house. Currently, their growing suite of live dealer games is streamed from state-of-the-art studios in Malta and the Netherlands. The dealers are trained to the highest possible standards, which we can affirm based on our experience. The operator is equipped with licenses from regulated jurisdictions like Malta, the Netherlands and also the UK since August of this year.

There are over 20 different games in StakeLogic Live’s lobby. That includes four blackjack tables, two of which are available 24 hours a day, seven days a week. Minimum bets are €5 and €10, with all tables offering a return to player of 99.51%. In addition, there are six high-stakes tables: five VIP Blackjack tables and one VIP Roulette table that are streamed out of their cutting-edge studio in Birkirkara, Malta. These more premium games feature opulent backdrops that replicate the look and feel of the high-stakes tables and rooms that are found in prestigious land-based casinos from Las Vegas to Macau. The VIP tables offer higher limits than the standard live tables and are hosted by dealers that have been given special training to ensure players receive the red-carpet treatment from the first game round to the last. Network VIP tables run from 18:00 to 02:00 daily and are offered in English and Dutch.

StakeLogic Live’s first live game show, Super Stake Roulette 5,000x, came out this July. The game centres around a roulette wheel with thirty-seven numbered separators. Behind the wheel is a screen that will project random silver and gold roulette numbers on every spin. The game pays 29:1 on straight-up bets and includes 1- 5 Silver Numbers with a maximum multiplier of 750x. Activate Super Stake to increase straight-up bets by half for the chance of winning up to a 1,000x multiplier on the Gold Numbers, or trigger the Money Wheel feature to win up to a maximum of 5,000x your straight-up bet!

Their second gameshow title launched soon after. It’s called Super Roulette 5,000x and is available exclusively at the Dutch online casino BetCity.nl. In the base game, all bets pay as a standard roulette except the straight-up bet, which pays 29:1. Once all bets have been placed and the roulette wheel is spinning, between one and five Gold Numbers are selected. The Gold Numbers give players the chance to win a fixed bet Multiplier of between 50x and 750x, or they are given a chance to spin the Money Wheel. In Super Roulette 5,000x, this allows players to qualify for the Gold Numbers but with a potential Multiplier of 1,000x, which also carries through to the Money Wheel bonus round. The Money wheel has 54 sectors with Multipliers varying from 50x to 1,000x.

With that quick intro out of the way, StakeLogic live casino games are available at popular casinos like Unibet, where you can also play their more exclusive games like the Runner8Runner live slot game show that’s based on the classic fruit machine title, Runner6Runner.