‘Right To Play’ charity receives a donation from Matchbook Traders

Posted by Samuel Karugu on Wednesday, 28 October 2015 in News 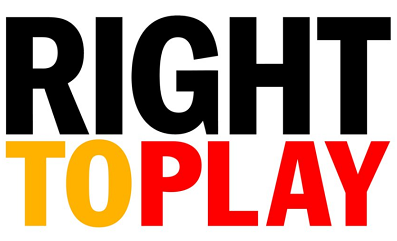 The very first yearly Matchbook Traders Conference was held last week. This marks the beginning of a new era in the world of sport where various representatives in the sporting industry will now be converging every year and share their knowledge in the industry as well as paying their duels in support of the Right To Play initiative.  The Right To Play initiative has been evident in various sports especially with some teams such as Chelsea who opted to have the initials of Right To Play on their jerseys in 2012.

More often than not, the representatives undertake a charity donation to the initiative which mainly emanates from the sale of tickets during match days. Theses donations will be accorded to the Partnership manager Neil Child-Dyer every year.

As it stands, the Right To Play initiative has been initiated in a total of 20 countries. Funds generated are accorded to over 1 million needy children across the globe. The main objective of this initiative has been the accruing of various funds that can be useful in educating as well as empowering millions of children who live in harsh conditions in attempt to eradicate their poverty nature, diseases, conflict as well as making the valuable to others.

The Matchbook marketing team claimed during the fund raising ceremony that the entire fraternity was very happy to see their very first Traders Conference event come to being through ticket selling. This has not only supported the movement financially but has sent each attendee with a gospel to preach on its existences and its main goals. This would in turn bring in more sponsors to the foundation.

The management went on to claim that the £5000 that has been donated by the Matchbook will be crucial in helping about 1,000 children affected by violence a new way to live a peaceful life. Those kids who have been brought up in war zone nations have a chance of having per week lessons on various ways into which to resolve conflict. This will be crucial as they will be able to redeem their live hopes and have a peaceful community co-existence. This would be a way of creating a safe world to the entire human race.