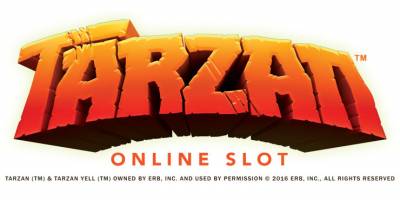 The "King of the Apes" is coming to Microgaming. The high profile and industry leading Microgaming has just announced the signing of an agreement that gives the company exclusive rights to the historical Tarzan brand.

The original Tarzan novel was written by creator and author Edgar Rice Burroughs, who had the first copy published in 1912. The story of the legendary little boy who was raised by apes on the way to ruling the animal kingdom has been told over and over again in books, TV shows, Broadway plays and movies for more than 100 years. At least 29 different actors have played the role in movies through all of these years, making it the most portrayed character in the history of Hollywood and films.

With the addition of the Tarzan brand, Microgaming continues to build a portfolio that contains some of the most important brands in the industry. Some of the company's other brands include Playboy, Battlestar Galactica, Game of Thrones, Hellboy and Jurassic Park.

Reportedly, the first Tarzan branded video slot is under development. The highly-anticipated release is scheduled for sometime later this year. The game is said to include Tarzan and his love interest Jane, as well Archimedes, Cheeta and an assortment of popular jungle animals from years gone by. Other claims indicate the game will feature some truly exciting and interesting bonus features that are sure to thrill slots players. It's also a good bet the audio soundtrack will include Tarzan’s famous yell.

In the company's press release, Roger Raatgever, CEO of Microgaming stated: “Tarzan is recognised the world over, so we’re excited to be launching a slot hosted by this timeless character. Our highly talented games team relish working with a new brand, to build a game that celebrates and embraces it. Having seen the game in prototype, I can honestly say the online slot will not disappoint Tarzan fans; operators and their players can look forward to the game’s release this winter.”

James Sullos, President of Edgar Rice Burroughs, Inc. added: “We could not be more pleased to license Tarzan™ and his friends to such a quality company as Microgaming. Their extensive experience in developing online slot games assures us they will build a game that will attract many fans and players to the game from around the globe.”