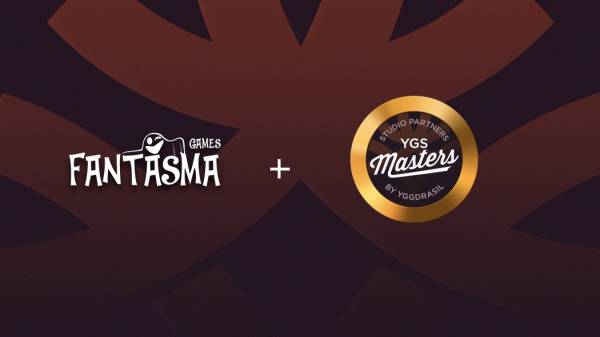 Just before announcing its financial results for the Q3 2018, Yggdrasil published news on their third independent games developer to join the new Yggdrasil Game Server (YGS) Masters programme: Fantasma Games. The first game to be released using Yggdrasil’s new toolbox is scheduled for 2019.

Following similar partnerships with Northern Lights and Rabcat earlier this year, the March 2018-launched YGS Masters division has been steadily growing with the intention to further expand the company’s premium quality gaming portfolio to the world’s leading operators.

Fantasma is a Stockholm based studio with less than a dozen employees and about 4 or so video slots that have already been released with distribution partners like Microgaming and Leander. Despite the studio’s small, many players may recognise their most popular game, Super Sumo, a fast-paced and highly-rewarding 25-liner with Sticky Wilds, free spin bonuses and re-spins. Other slots that have been available to the public on Leander, Quickspin, Qtech Games and Solid Gaming platforms include Samurai Ken, The Grid, and Spooky 5000, all of which have impressive RTPs and graphics, to say the least.

Fredrik Johansson, CEO of Fantasma Games, added a bit of context: “We are passionate about creating slots beyond gambling and that are heavily inspired by gaming. By joining the Yggdrasil Masters program we have a great opportunity to make our games even better and to expand our reach among the best operators in Europe. We are excited to begin this cooperation and to further develop our ideas with Yggdrasil as the leader in slot innovation. We are confident this will take Fantasma Games to new heights.”

In addition to game studio’s know-how, the skilled team of developers will also have access to Yggdrasil’s proprietary promotional tools such as BOOST, enabling new player features and casino promotions. The games will be made available to Yggdrasil’s portfolio of 40+ operators sometime in 2019.

From the latest advancements, the company’s CEO Fredrik Almqvist also noted: “We have also established a local presence in the highly important UK market to improve our commercial reach to new candidates for our YGS Masters program”. He added, “…we have more games in the pipeline than ever before, while we continue to stay true to our DNA by only bringing the best content to the market and not losing focus on quality.”

Interestingly enough, Microgaming is also taking steps to form close ties with smaller independent developers which you can read more about here.