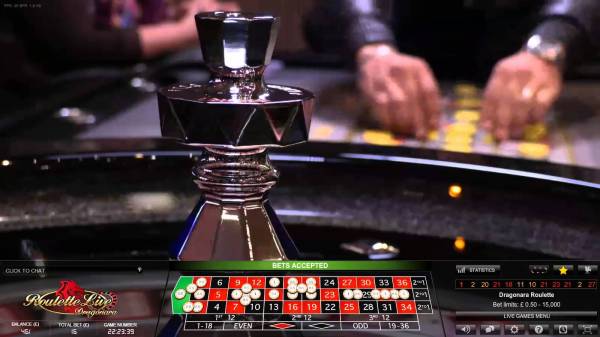 Evolution Gaming, one of the leading live casino developers, is going all in on Atlantic City signing its third operator, Hard Rock Hotel & Casino as its latest US licensee. Having opened in June following a $500 million transformation, at least 7 games will appear later this summer at the resort’s online casino, including exclusive blackjack tables and the signature, semi-land-based Dual Play Roulette table.

The comprehensive line-up of Evolution online-based live tables includes American (Double Zero) Roulette, Blackjack with side bets and Bet Behind, as well as Baccarat, Three Card Poker, Ultimate Texas Hold’em Poker, and an automated Slingshot Roulette. It’s the same collection of studio-based games which were also announced with the landmark Ocean Resort Casino in Atlantic City a month ago.

Aiming to be the number one destination in Atlantic City, the iconic resort couldn’t go without Evolution’s signature Dual Play Roulette on the main gaming floor, plus three dedicated Evolution Live Blackjack tables that will be exclusive to their own players. And like with the neighbouring Resorts Casino Hotel, the Dual Play offering will also be made available to Evolution’s European network of operators, giving a teste of the casino to the more remote players as well.

James Stern, Evolution’s Director of Business Development & Land-based Sales, commented: “We are very proud to be working with Hard Rock as one of our US licensees. As part of the fantastic mix of Hard Rock Live Casino services that will be offered to players in New Jersey, we are especially excited by the potential of the Evolution Dual Play Roulette table that will be located on the new casino’s main gaming floor. By allowing remote online players to play alongside on-premise players at the same gaming floor table, Dual Play will give remote players a taste of what will be a unique Hard Rock experience.”

The games are expected to go online sometime during the next weeks or months. However, there’s one new game that you can try right now thanks to Evolution’s new native roulette that launched on 7th August: Finnish Roulette. Streamed from their Maltese studio, the game is hosted by an experienced native speaking dealer.

Other games of this range include Norwegian Roulette, which they introduced in March this year, as well as Danish Roulette, London Roulette, Venezia Roulette, Deutsches Roulette and Svensk Roulette.

See all our Evolution-powered casino reviews here for where to find them.