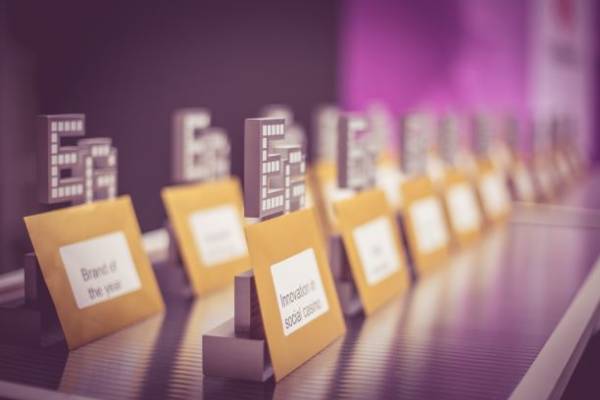 One of the most prestigious iGaming award ceremonies, the EGR B2B Awards held its annual event last week in the Tower of London. The event aims to reward and celebrate the very best service providers in the online gaming industry, recognising the achievements of suppliers from across all the major egaming disciplines including betting and gaming software, networks, mobile, payments, recruitment, IT and infrastructure. The results are in and here are some highlights.

There are multiple gaming-related awards from a total of 41 at the ceremony. The Slot supplier of the year award goes to NetEnt, who beat 13 other iGaming studios for its continued growth led by delivery of quality slots via a consistent cross-jurisdictional roadmap.

The best RNG casino supplier for 2018 is Yggdrasil, who beat the competition for its strong new and bespoke games. Fredrik Elmqvist, Yggdrasil CEO, said: “We’re thrilled to have won the RNG Casino Supplier category at this year’s awards. We’ve been part of the EGR B2B awards for many years now and it keeps getting better and better. Our sector is more competitive than ever but we’re proud to be part of such an innovative and progressive industry and delighted to have been selected by our peers as the best RNG Casino Supplier.”

Another noteworthy winner in the casino provision at the prize for Innovation in RNG casino software goes to Betsoft. Much of its success can be credited to its game Max Quest: Wrath of Ra, which has transformed RNG gaming by replacing the reels and symbols of traditional slots with an interactive, multi-player shoot’em up experience.

The Mobile gaming software supplier award goes to Red Tiger, which stood out for the judges with its strong product development and with a renewed focus on mobile UX. The more player-centric award for the best Mobile supplier goes to Play’n GO, which had a fantastic year full of new game releases coupled with really good UI and UX.

Vivo Gaming, Singular, SA Gaming, Playtech, NetEnt, Liveg24, Ezugi, BetConstruct – all were strong candidates for the best Live casino supplier. However, this year’s winner is from another league, taking the prize home for a remarkable 10th time in a row: Evolution Gaming!

Here’s some proud words from Martin Carlesund, Evolution Group CEO: “2019 has been an absolute record year for Evolution so far — a year in which we have pushed the boundaries of Live Casino even further, carving out a whole new segment for Live Casino with our growing range of live game shows. We have launched some landmark new games in partnership with powerhouse brands. Titles such as Deal or No Deal Live, for example, are taking Live Casino gaming into exciting new territory. In addition, we are achieving fantastic success with unique homegrown games such as the multi-award-winning Lightning Roulette and the recently launched Lightning Dice.”

For a complete overview of the winners, visit the official page of the EGR B2B Awards 2019.