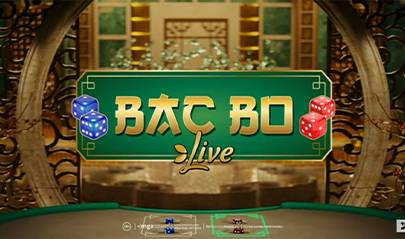 Bac Bo is the first new Evolution live game in 2022. The beauty of this dice-fused Baccarat game, as they put it, lies in the fast and easy-to-understand gameplay. There are no complications in the form of side bets, only a choice between Player, Banker and Tie bets. If the dice tie with Double Sixes or Double Ones then the game will pay out 88 to 1, which is also the highest win potential of this fresh live casino game.

The game has the familiar Evolution Baccarat type setting with an Asian theme and female croupiers who are dressed in red. Bac Bo, however, consists of dice instead of cards. The Player’s and Banker’s score is made up of the sum of two dice, automatically shaken in four individual shakers, two for each hand. The other difference between a standard Baccarat is that there is no card shoe change and no reset of the game history.

The winning bet in this game is the one that gets the highest combined total of the two dice or a tie, depending on which one you choose to bet. Both Banker and Player pay 1:1 for a Win and 0.9:1 for a Tie, and a Tie pays as follows:

One of the most exciting parts of the game is the order in which the results are revealed because the system is designed to build suspense. The order depends on the live outcome as follows:

The game reaches its climax when the third dice shake ends, and it becomes clear what score is needed on the final shake to achieve a win or a tie. Bet limits may depend on where you play but 1-10,000 should be standard.